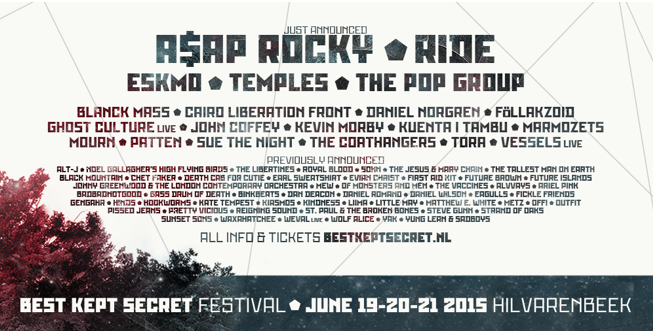 NETHERLANDS: The Netherlands’ Best Kept Secret has revealed more names for its 2015 edition, set for June 19 – 21. Having announced 53 bands in February including alt-J, The Libertines, Royal Blood, The Vaccines and First Aid Kit, the festival has now added another 20 artists.

For more information and the full line-up, check out the festival’s official website.