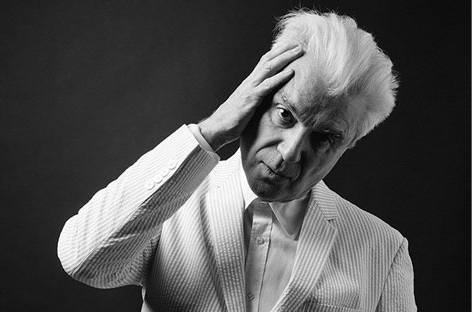 Matthew Herbert, Sunn O))), Young Marble Giants and Hypnotic Brass Ensemble are amongst the musical acts in the exceptional roster.

As well as being a multi-instrumentalist and composer, Byrne is a photographer, actor, artist and author – most recently penning his autobiographical explanation of musical form How Music Works. The festival marks Byrne’s return to the South Bank – his award-winning musical Here Lies Love had a successful limited run at the National Theatre’s Dorfman Theatre from September 2014.

‘This is going to be exciting!’ said Byrne. ‘I plan to invite performers I’ve seen – and I do get out – and others I’ve missed or have dreamed of seeing. It’s going to be a bit of fun puzzle solving I imagine – seeing who’s interested, who is available and what venues at Southbank Centre are appropriate. I really hope to find things that take this beyond sit-down concerts as well – but of course I’m speaking way too early as I’m still working on my wish list.

‘Hoping that I get to stay in the Room For London, on top of the Queen Elizabeth Hall roof, for the whole time, but suspect that might be expecting too much.’