Home News Reeperbahn Festival shows to go ahead despite fire 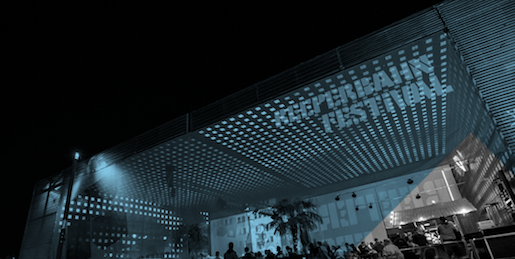 GERMANY: In the early morning hours of September 8, the western open-air stage at Spielbudenplatz on the Reeperbahn burned down, fortunately without causing harm to anyone. However, the stage has been an essential part of the Reeperbahn Festival for years, and plans were in place to join it with another stage to make up the large ‘Spielbude’ location for four days as a part of the festival’s 10th anniversary celebrations.

Reeperbahn’s organisers have announced that the plan will continue to be pursued despite the fire. The 26 concerts originally planned, such as showcases of various music export agencies and other partners, will take place at a new, slightly smaller ‘Spielbude’, and will consist of a self-supporting framework construction on the western side. All other programme items scheduled for Spielbudenplatz will also take place as planned, including the Flatstock Europe Poster Convention, the Astra stage, NJoy Reeperbus and the Bazookas Bus.

“All events will take place as planned,” said Alexander Schulz, Managing Director of the Reeperbahn Festival. “After the situation has been assessed by the fire department and the building authorities we will discuss with the Spielbudenplatz operating company how to handle the ruin on the west side. The fire has no negative effects on the event as a whole.”

The Reeperbahn Festival will take place in over 70 locations of the St. Pauli city district from September 23 – 26.

For more information on Reeperbahn Festival, check out its official website.