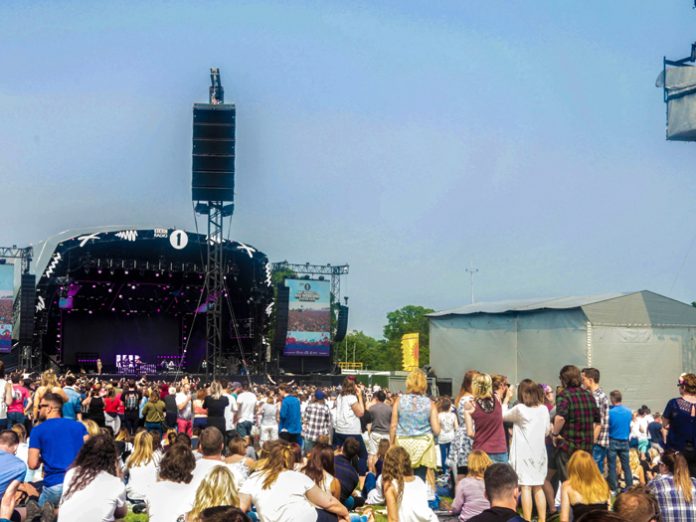 UK: Serious Stages helped to kick off the festival season from May 28 – 29 with BBC Radio 1’s Big Weekend at Exeter’s Powderham Castle.

The main stage was a Serious Stages 25m Space Roof, with a 15m trim height, and flanked by two 12m goalposts, from which video screens and PA speakers were hung. Serious Stages also supplied and installed a clear-span structure for the main stage front-of-house, along with delay towers, follow spot pods and the assisted viewing platform with accessibility ramps.

In other areas, Serious also installed the stage deck inside the ‘In New Music We Trust’ tent along with the assisted viewing platforms and front-of-house for each stage.

Through the winter months Serious has invested in new equipment, and introduced the company’s new Purple Deck system and Ad-rails, which created a high quality finish in-keeping with the BBC’s brief.

Serious Stages’ Managing Director Steven Corfield commented: “We’ve worked alongside the BBC and production manager Dick Tee on previous Big Weekends, and it was great to see the event come to the South West. Everyone was very happy with the improved level of finish our new products brought to the event structures and we’ll be introducing these new elements, and more, to other festivals in what promises to be our busiest summer since we started 32 years ago.”