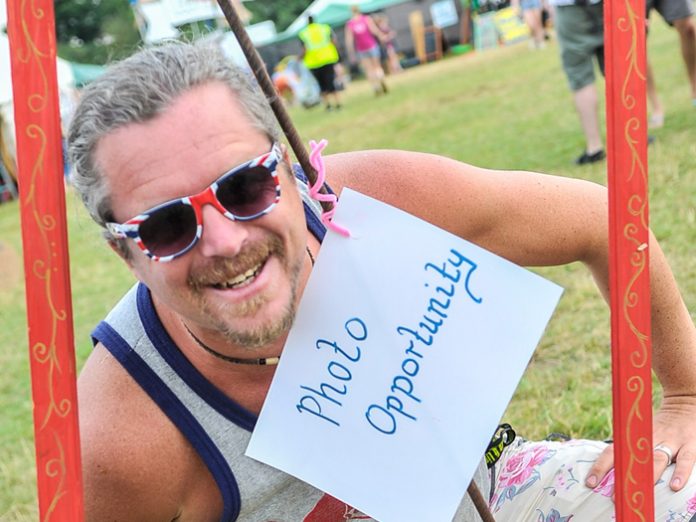 John Bownas is Editor-in-Chief at VirtualFestivals.com and has been a lead contributor to the site since it started in 1999. During that time he also helped establish the foundation of the UK Festival Awards. As well as booking acts for several years at Glastonbury’s Leftfield and for the last decade at Beautiful Days’ Bandstand he’s also stage managed and compered numerous festival stages, run two Oxjam takeovers, and created (and curated) Croydon’s Ambition Festival.

We’ve all experienced it – stumbling across our new favourite band in a quiet corner of a festival field. There is something lovely about spending half an hour with a handful of likeminded souls in the intimate appreciation of talented musicians performing amazing songs. But – and it’s a big but – why are there so few people sharing this moment when the rest of the event is packed full of tens of thousands of music fans all seeking out something new and interesting?

At Glastonbury this year I saw a young, new band called Steel Strum play two of the six gigs they’d managed to blag across the weekend. And whilst both shows were well attended and extremely well received (one of which was the very first live act of the festival), their story at the event highlighted some of the issues with regards the attention that major festivals ought to pay to their smaller bands.

It was this story that made me think it was time to try and set out some basic steps big events should take to help nurture the acts who might one day be coming back as headliners.

Now I’m not for a second saying the Steel Strum guys will ever top the Pyramid stage, but by taking them as a case in point, maybe festival bookers might actually come good on that promise of ‘exposure’ that is so often used to secure acts to play at the bottom of the bill.

Of course right from the outset we know that it would be a disaster waiting to happen if a 100,000+ festival decided to encourage the whole crowd to go and see a small band doing an acoustic set at noon on bandstand in a tiny field.

But at the very least they should respond quickly when that act points out that their name has been spelled wrong on the festival’s official app. Steel Strum are not called ‘Steel Drum’ even if they do play one.

And more generally speaking it just seems common sense that festivalgoers will find it really useful to have clear short descriptions of less-well-known bands in printed guides and media links to their songs or videos in the online programme. Everyone knows the headliners anyway.

Because if you’re browsing the website or app, or scanning the programme for something to fill a gap between a few of the bigger names, then just the name of a band (even if spelled correctly) will mean nothing without some clue as to whether they are the kind of act who floats your boat.

So here’s my 10-point plan for festivals to follow when it comes to giving their smaller bands a fair deal:

1. Know the bands you book well enough to be able to describe them in 35 – 50 words. More often than not the acts can give you ‘something they prepared earlier’ that does them justice. This shouldn’t be hard work, but it’s the foundation stone of making sure people know what to expect.

2. Video and audio links tell more than a thousand words. However cleverly crafted your introduction is to the band their music will always say more than a description of it ever can. Make sure the best songs are easily found on your website.

3. Social media mentions mean a huge amount to young bands. When you announce them, be sure to give them a unique tweet and a post on your Facebook page, and make sure you copy them in. Don’t forget to provide links to their websites and social media accounts on your own site.

4. Remind bands they have work to do too. All too often young bands think getting the booking is the end of the story and that they have ‘made it’. Break it to them gently that they will have to work the festival’s message boards and social media threads to get new audiences interested enough in them to come along to the show.

5. Give them more than one slot on the bill. Having ten great young bands playing three times each across your smaller stages is better than thirty mediocre bands playing once each. It really is. It also means you can plug them harder without so much crowd control worry.

6. Don’t put your best small bands on in the traditional headline slots – programme them mid-afternoon when the competition from the main stages isn’t so tough.

7. Use a sound engineer who understands the importance of making sure even the smaller bands deserve the best possible mix – both front of house and in the monitors.

8. Make it easy for bands to record their performances with a desk mix so they can use this to promote themselves (and your festival by association) after the event.

9. Have a photographer / videographer assigned to each stage for the duration of the festival so every performance is captured.

10. Set up press opportunities with the more niche publications you have accredited for media access. Arrange mini press calls or set up site walkabouts where a band can explore the festival together with a couple of writers and photographers. Allow (and indeed encourage) them to ‘busk’ around the campsites. Make the effort to get them written about after the event.
And lastly – bring them back next year (and the year after if you want).

Some festivals have policies against this – but rules are meant to be broken when warranted. If as a promoter and booker you walk the site and see a new band really grabbing the audience’s attention then that should be a sign to you. Listen to what your crowd wants and give it to them. Jump up on the stage and ask everyone if they want to see these guys back next year. If the shout is loud enough do it – because this crowd will tell their friends. And word of mouth is the best advertising you can possibly have.

A few years back I booked an unknown little act called the Bar-Steward sons of Val Doonican. And without thinking at the time they now tell me I followed these steps (or at least most of them).
As a direct result the band has become a full-time career and they now play regularly across the festival circuit to rapturous applause.

Festival promoters CAN change the world – even if it’s only a little bit at a time.