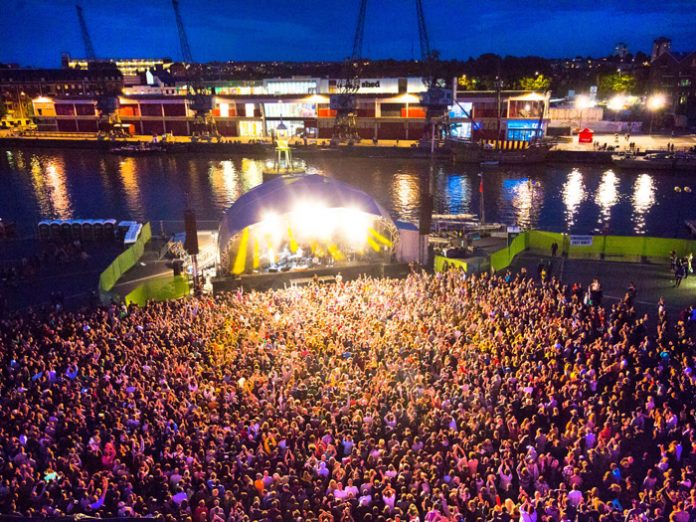 UK: To mark Colston Hall’s 150th anniversary and the launch of the Bristol Harbour Festival Weekend, plans have been revealed for a special outdoor performance featuring some of the UK’s best musicians and special guests at the Lloyd’s Amphitheatre on July 21.

Following the success of the sold-out Goldie and the Heritage Orchestra gig in the Amphitheatre in 2015, Colston Hall will once again present a celebratory party of orchestral proportions featuring The Outlook Orchestra.

Launching the Bristol Harbour Festival weekend, the 20-piece Outlook Orchestra will perform a 100 minute live mix celebrating some of the biggest tracks heard across dancefloors on sound systems worldwide, coupled with a full live set by UK rapper and producer Roots Manuva.

The Outlook Orchestra has been specially assembled to celebrate the 10th anniversary of Outlook Festival – Europe’s leading festival of sound system culture.

The Orchestra is led by BASCA award winning composer Tommy Evans – the creative driving force behind both Submotion Orchestra and Gentleman’s Dub Club.

Tommy Evans commented: “After a extraordinary night at the Royal Festival Hall in January we can’t wait to play in Bristol in the summer! We’ve got a massive new extended line-up and a set list that is going to go off! But what makes this gig so unique is that it specifically aims to recognise and acknowledge the huge contribution Bristol has made to the history of sound system culture and bass music in the UK. It’s going to be really, really special.”

Todd Wills, Colston Hall’s Head of Programme, said: “This celebratory 150th gig on the Harbourside will be one of the biggest celebrations of music in the city this year.

“Outlook Festival is renowned for hosting some of the most prestigious names from bass, reggae, hip hop, dub step and DnB, so distilling that essence into a 100-minute live orchestral performance is quite some feat. We’re really delighted to be able to bring this celebration of sound system music to the city for a proper summer party.”

More guests, support artists and an after-party are still to be announced.
Bristol Harbour Festival