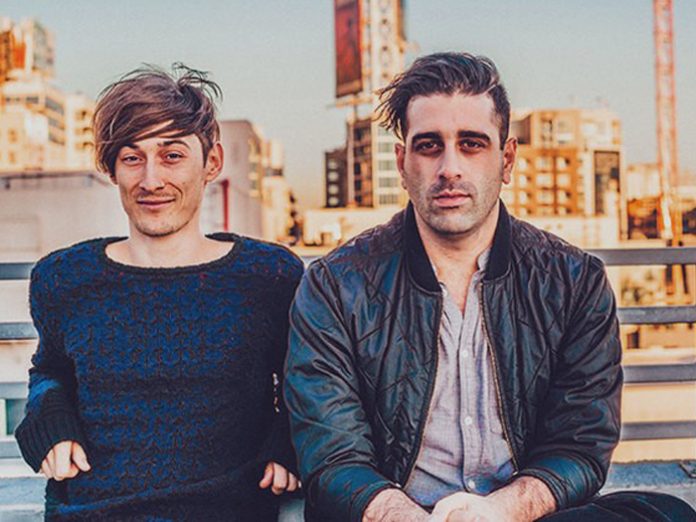 Black Circle Media is an LA-based creative agency founded by British journalists Ross Gardiner and Jemayel Khawaja. Their clients include Electric Zoo, Oasis Festival, We Are FSTVL, Looptopia, and Red Bull, and their writing has appeared in the Guardian, Mixmag, Vice, Billboard and LA Weekly. For more info on Black Circle Media, get in touch.

Developing a strong identity is a prerequisite to long-term success for a festival. Not only does a strong brand identity drive ticket sales, it affords you an upper hand in everything from sponsorships to artist fees to relations with local government. With a successfully developed brand identity — like Coachella or EDC Las Vegas, for example — a festival evolves into an emblem for a whole culture and lifestyle.

An essential channel for developing identity is through coverage of your event in the media. The traditional method of managing your festival’s relationship with the media is through publicity, or PR. For decades, this model has remained static: a publicist’s team harangues media outlets until they cover your event. Unfortunately, this method is not best suited for the breakneck pace of internet journalism or the savvy sensibilities of internet media, and its metrics for success (impressions, UMV’s, prestige placements) can be red herrings that do not directly serve the purpose of building your brand in the optimal manner.

Sure, publicists can be the middlemen to great content, and their media networks can be invaluable. But the fastest way to having great content about your festival is by producing great content. Leading with your own high quality content, pushed out through your own channels, is the best method to ensure that your festival’s story is told in a way that directly serves your mission, while guiding the larger media narrative by example.

A balanced approach between publicity and content is the hallmark of an industry-leading festival enterprise. That’s why the likes of Goldenvoice and Insomniac has invested in in-house content teams to fill the gaps that publicity cannot. Here’s five more reasons why festivals need to spend less on PR and more on original content…

Press releases, once the currency of media engagement, are now nothing but spambox fodder. Ask any journalist. They all get deleted immediately. Nowadays, information travels in quicker, informal bursts. It can come from an article, blog post, announcement, Facebook, Instagram, Snapchat, literally anywhere. Once it’s picked up, facsimiles copy through the whole media ecosystem organically. Of course, it’s still useful to have press releases, but without supplementing them with a content plan, it’s possible your festival may end up in the junk folder.

For eons, publicists alone connected the dots of the pre-social media landscape, but the game has changed. Now, a blog is as likely to pick up a news story from a tweet as it is from a press release. It has become impossible to extricate PR from content from branding from marketing. They’re all interconnected. In such a complex environment, you need a multifaceted, sharp, and incisive team to build your brand effectively.

The Message is the Medium

It has never mattered less where people get their information from than it does right now. It used to be that information had to be funnelled through a publicist and into a media outlet for it to be considered actual news. No longer. In this age of democratised communication, quality and relevance rise to the top, regardless of the original source. Many publicists see this as a negative development, but for festival brands, it can be a major opportunity.

The truth is that when even a prestigious blog posts an article about a festival, the story earns the bulk of its traffic only when the festival itself supports the content on their own channels. Instead of handing over your hard-earned narrative to an outsider, and then providing them majority of the traffic, why not cut out the middleman and communicate directly with your audience? Your fans will be more likely to share and support quality content released by the festival as they would that from 99% of the blog-o-sphere. The deeper a fan’s engagement with your festival, the more they become living, breathing advocates for your brand. And that’s the best kind of marketing there is.

Own Your Own Identity

In a market where everyone’s got a lineup announcement, a Spotify playlist, a Snapchat filter, and placements in the same 20 blogs, it’s difficult to differentiate yourself from the pack. Deeper, substantial features in high profile outlets and magazines can raise your profile, but they also place the fate of your business into the hands of journalists, whose priority will always be clicks, controversy, and their own agenda. These opposing intentions can be very problematic. As journalists, we at Black Circle Media have spent much of our careers causing such problems, but that’s why we know exactly how to get around them.

With a content team leading the narrative, such pitfalls are much easier to avoid. When you maintain a tightly controlled narrative, there’s less room for outside forces to impose their own version, and you’re no longer beholden to someone else to tell your story for you. Further, when your content lives on your own channels, it feeds back directly onto your brand, and can be re-purposed, edited, and marketed according to your needs. It’s your identity. You should own it.

So much festival content is produced according to a routine, and not surprisingly, turns out predictable and uninspiring. It is not a publicist’s forte to brainstorm clever, novel, and unique ideas to suggest to outlets, and those outlets are unlikely to challenge their own practices and take the initiative on your behalf. A good content team will be brimming with ideas to communicate your story with a creative flair that will elevate your brand above others, and will know how to follow through to publishing and beyond.

Very few publicists are able to create quality content themselves. Having a good content team on retainer bears fruit on a daily basis. Whether it’s drafting copy on demand, producing video, consulting on socials strategy, designing decks and websites, sourcing creative staff, even editing internal communications and emails, having a hands-on team of versatile creatives is possibly the most cost-effective staffing decision you could make.

Look at the Top

Insomniac, Goldenvoice, HARD, and Tomorrowland all have in house content teams that build, sculpt and project the brand throughout the year, and it’s no coincidence that they are four of the strongest festival brands in the world.

Staffing your own full-time, year-round content team is not an option for most boot-strapped festival enterprises, but having a content agency on retainer is an affordable and realistic way to enjoy the short and long term benefits that come with owning your own content production.