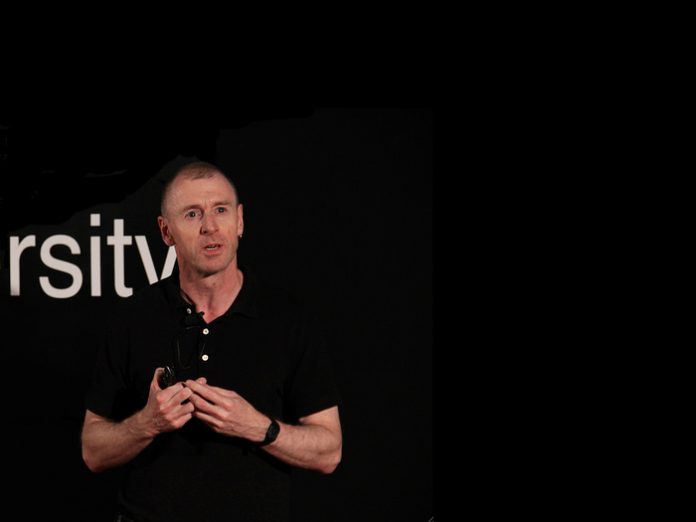 John Drury is Reader in Social Psychology at the University of Sussex. He has been conducting research on crowd behaviour for 25 years, including such crowd events as the Hajj at Mecca, the Hillsborough disaster, the 2011 English riots, and the July 7 London bombings. He has provided consultancy and training to a number of event and crowd safety organisations, including the Event Safety Institute (Netherlands), the Roskilde Festival (Denmark) and the Crowd Safety Management degree course at Bucks New University. His research findings have informed guidance on disaster response for the Department of Health, the Cabinet Office, and the Fire and Rescue Service. His group’s research website is here. In this article, John looks at the question of dealing with people’s emotional and communication needs in an emergency.

In my work teaching crowd psychology to professionals in the live events industry, the topic they find most interesting is that of mass emergencies. In the first place, they want to know how crowds of people behave in fires, earthquakes, terrorist attacks and so on. Second, they want to know what those managing safety at such events should say to the crowd. How can they best intervene to help people who may be in danger or suffering the stressful effects of an emergency event? In this article, I offer some recommendations on how to intervene, based on what we know from the research on how people react in an emergency situation.

One of the things we know from research on the response and recovery phases of emergencies is that emotional support matters. Emotional support is defined as actions that show concern and make the survivor feel cared for, such as asking if someone is okay, showing respect for their needs, or simply listening to them. There are numerous research studies showing that emotional support helps in reducing psychiatric symptoms after disasters as well as in health protection and recovery more generally. In complex emergency situations, such as mass decontamination following a chemical incident, work by Dr Holly Carter at Public Health England has shown that emotional support can improve the effectiveness of the procedure. Specifically, forms of communication that both explained the purpose of the decontamination procedure and displayed respect for people led to more efficient and faster decontamination, therefore reducing the spread of dangerous contaminants. In times of stress and distress, therefore, people need emotional support.

The question then is how can safety professionals at an event or festival provide such emotional support in an emergency.

Event safety professionals, like anybody else, are acutely aware that there is an emotional dimension to emergencies. The problem arises because this emotional dimension is not always well understood. The most obvious example of this is the stipulation not to tell the public about the nature of the emergency in case they ‘panic’. There is now widespread agreement that panic is not a crowd phenomenon, and giving people information about the nature and location of the threat, as well as the exit, is the most efficient way to effect an evacuation. This was nicely illustrated in a study by Guylene Proulx and Jonathan Sime who found that telling people on the Newcastle Metro that there was a fire and where it was located produced a much more efficient evacuation than a simple alarm or a tannoy telling people to leave without giving the reason.

Similarly, in the advice ‘don’t panic’, the emotional dimension of emergencies is understood simply as something to avoid or control. The problem here is that such attempts at control may backfire. When trust is low, the statement ‘don’t panic, there’s nothing to worry about’ may be met with suspicion and even increased anxiety – ‘perhaps there is something to “panic” about!’

Perhaps the most common example of (misplaced) emotional concern is the advice to ‘stay calm’ in an emergency. I have even seen this on the fire exit instructions in hotel rooms. The problem of the ‘stay calm’ advice is twofold. First, if someone is already very anxious, this advice won’t change that. Second, what they really need is something to address the source of that anxiety – they don’t need advice on how to feel but advice on what to do.

There is a better way to communicate and to respond to the emotional needs of people in an emergency. But before we come to that we should say first of all that a certain level of anxiety and fear in an emergency is functional and therefore appropriate. The main psychological problem in many emergencies (particularly fires) is usually not fear but lack of fear and failure to recognise the threat in time. The sense of urgency prompts necessary evasive action. Anxiety and fear in an emergency can be very distressing, but our aim should be to reduce distress but to encourage the sense of urgency.

The better way of providing emotional support is based on the idea that we communicate not only through what we say but also through what we do. The practical act of providing useful things like bottles of water or information, for example, can convey care. In other words, as well as directly offering emotional support (asking ‘are you ok, what do you need?’) providing practical support can serve to provide emotional support. We see this in many disasters where the large amount of offers of help and donations is experienced as caring by survivors. Indeed, many of the donations are not actually needed but their meaning is one of solidarity and care and provides that emotional support. We saw this in our study of the floods that affected York in 2015 – 16 and following the Grenfell Tower fire where the amount of gifts was overwhelming (and ultimately a bit impractical – but the thought was there).

This idea of the connection between practical and emotional support underpins Psychological First Aid (PFA), which is recommended by the World Health Organisation. PFA embodies the notions that in emergencies most people need practical help not psychiatric treatment, and that giving support is not something that needs to be restricted to the experts. Put differently, the crowd in an emergency can act as the ‘fourth emergency service’. This means that the professional’s role is to facilitate that by empowering members of public with the information and other practical means to support each other.