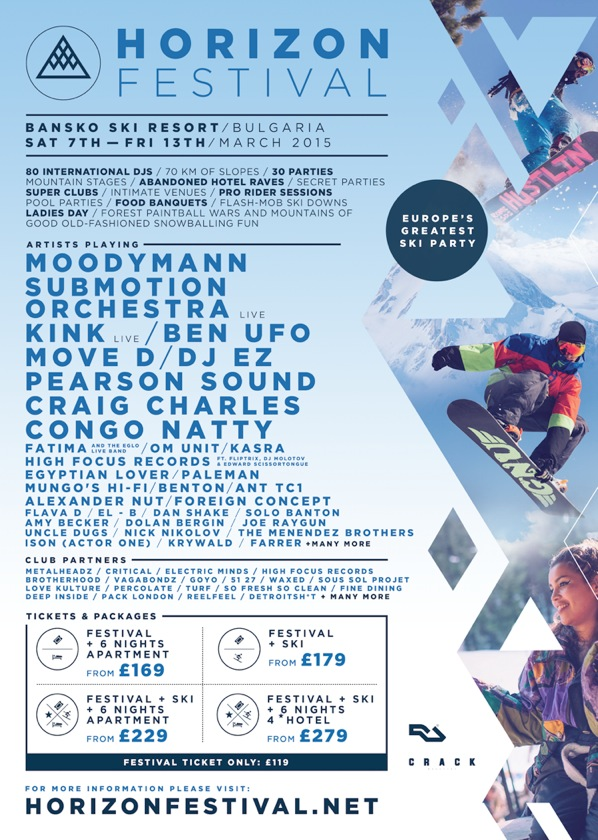 Set to take place from March 7 – 13 in Bansko Ski Resort, Bulgaria, the seven-day Horizon Festival starts at 169GBP for festival ticket and accommodation. More information and tickets can be found on the festival’s official website.