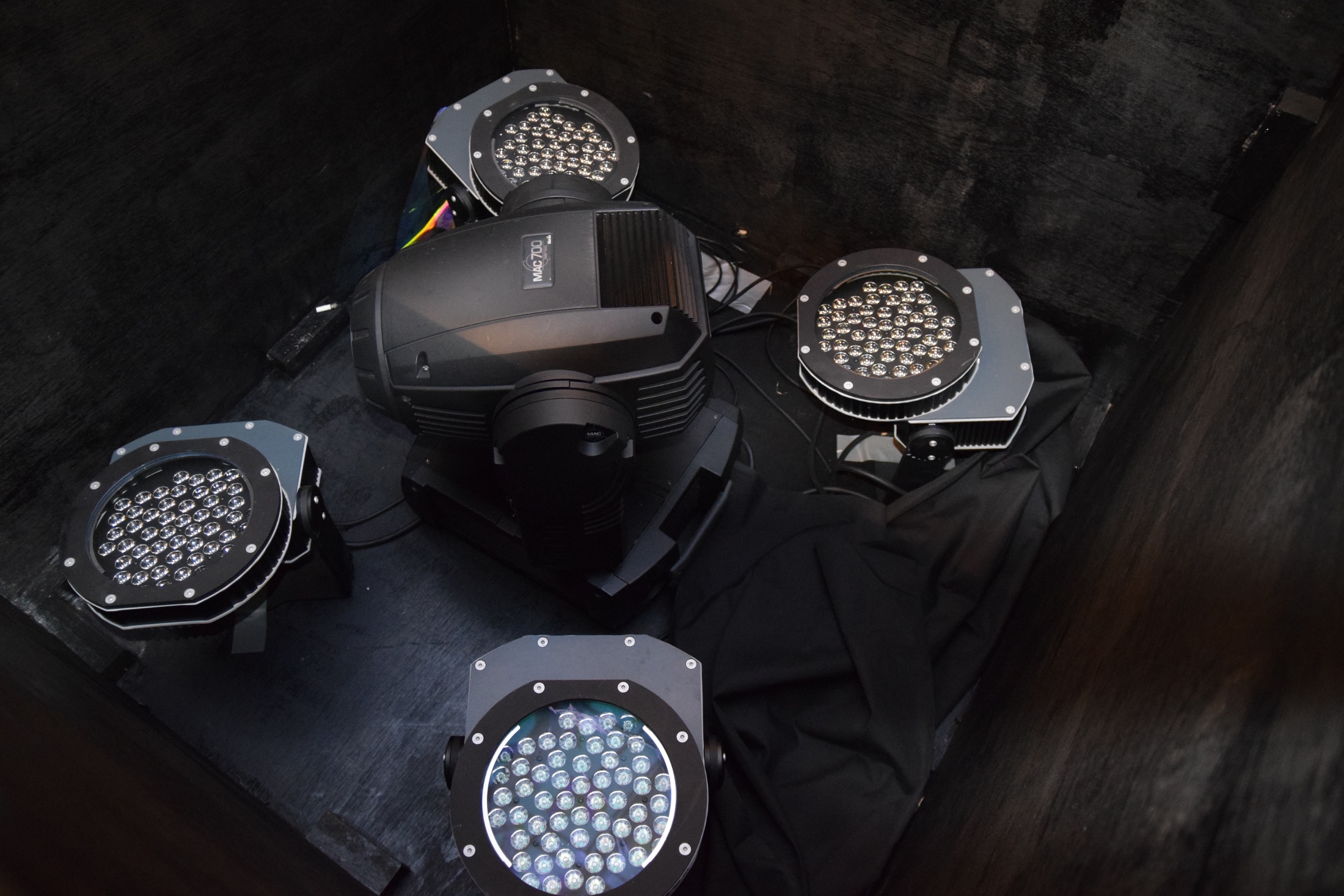 SINGAPORE: Taking inspiration from a swarm of butterflies in mid-flight, a group of students from Singapore University of Technology and Design (SUTD) developed the unique ‘Flights of Fancy’ display for the 2014 Singapore Night Festival. The installation, which was the culmination of the University’s 10-week Urban Lighting course, used the Singapore National Design Centre’s expansive space to bring a true on-of-a-kind experience to life with help from Martin Professional Exterior 400 LED lighting fixtures.

Throughout the University’s Urban Lighting course, students learned about the effects of both natural and artificial light on space as well as fundamental design concepts. The students then had the opportunity to develop an installation for the Singapore Night Festival as part of their final course project and according to the SUTD student team leader, Kenickie Cher Jia Jun, Martin Professional fixtures were crucial in bringing the team’s vision for ’Flights of Fancy’ to life.

Created by the careful positioning of lights and shadows, ‘Flights of Fancy’ offered unique effects depending on the time of day to ensure no experience was the same—not even for two people standing beside each other. The display featured a large floating sculpture made of hanging dichroic films, a reflective material the team used to mimic butterflies ascending into the sky. To do this the SUTD student team needed a large, tall space with white walls and used eight Marin Exterior 400s, a MAC 700 Profile, and a MAC 250 Krypton to produce a powerful light for reflections.

“One of the things we liked about the Martin fixtures was our ability to program a dynamic design,” said Kenickie. “The installation became ever-changing, and that made the experience unique for each visitor. The strong light source amplified the colors of the reflections and refractions created by the dichroic film, creating the full effect that our team had envisioned from the beginning.”

The Martin fixtures were concealed in two floor boxes below the floating sculpture and programmed to gradually change intensity and direction. Each box contained four Exterior 400 fixtures that provided color washes that were slowly dimmed and then brighten constantly over time. “The Martin fixtures were extremely powerful and effective,” said Lighting Designer Shigeki Fujii, the students’ course instructor. “The dimming and movement of the lighting fixtures truly amplified the colors and the effects of the display. Most observers did not even notice the lights were changing intensity and direction, they thought the effect was simply due to the wind.”

The SUTD team also programmed Martin’s MAC 700 Profile and MAC 250 Krypton moving head fixtures slowly move across the sculpture. Additionally, the lightweight of the dichroic films and the subtle movement of air throughout the space paired with the lighting effects helped animate the color reflections into a sea of shimmering lights.

“Space, material and light source were the three most important components of the design,” said Fujii. “The space had to be white because it need to receive reflected light as a canvas and we also wanted daylight in the space to allow for dramatic effect changes from day to night. The light source had to be powerful and sharp to create crisp reflections on the space as well as programmable to allow us to amplify the dynamic effects.”

According to Fujii, the fixtures were instrumental in helping the student team develop one of the most powerful pieces in the festival, “the students would not have been able to complete their final project without the support of Martin’s team and the outstanding quality of their products!”