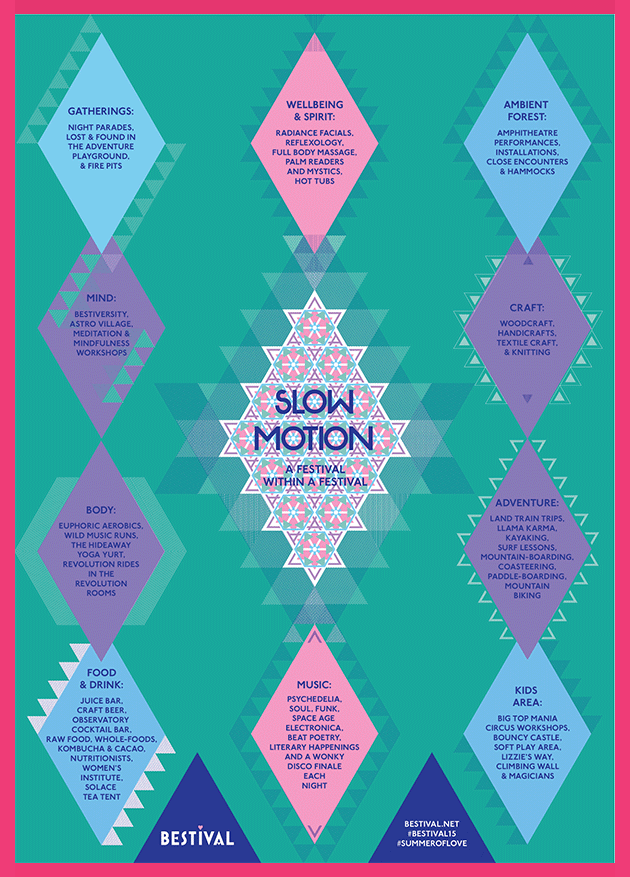 UK: Bestival has announced ‘Slow Motion’, a brand new arena dedicated to energising pursuits – from wild music runs and hugging llamas to euphoric yoga and rock climbing. Touted as a ‘festival within a festival’ in a statement by the organisers, Slow Motion will be ‘a realm of calm and hidden pleasures connecting the body and mind, all laid out on rolling grass with magnificent views across the rest of Bestival.’

Bestival founder Rob da Bank said: “Slow Motion does what it says on the tin – there’s nothing wrong with raving, late nights and partying, but now there’s a way of refuelling your mind and body before the next Bestival adventure!”