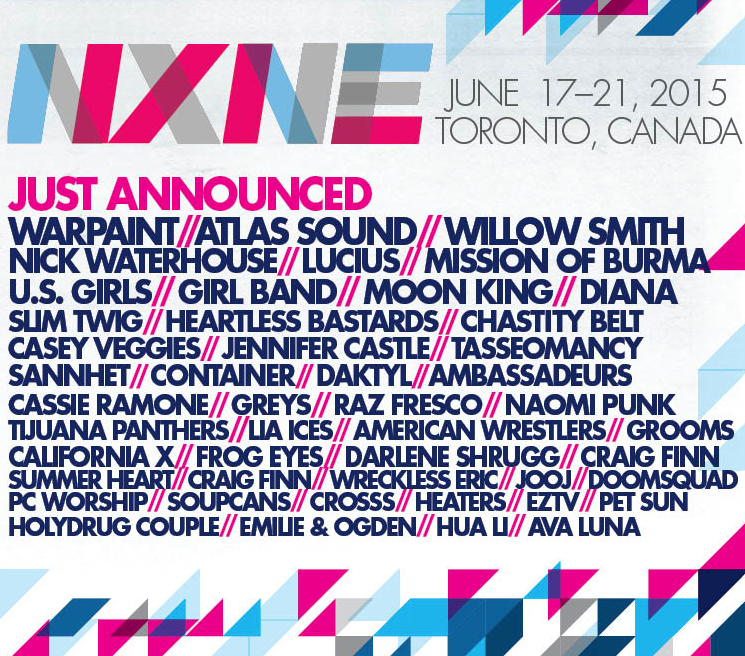 CANADA: North by Northeast (NXNE) has confirmed its latest round of music programming for the festival, which features an eclectic mix of hometown heroes, and the most anticipated new acts of 2015. Taking place June 17 – 21 in Toronto, with previously announced artists including Action Bronson, The New Pornographers, Rae Sremmurd, and Best Coast, NXNE has now confirmed performances by psych-rock quartet Warpaint, Bradford Cox’s solo project Atlas Sound, and 14-year-old mega star Willow Smith, who released her debut single, Whip My Hair, via Jay Z’s Roc Nation.