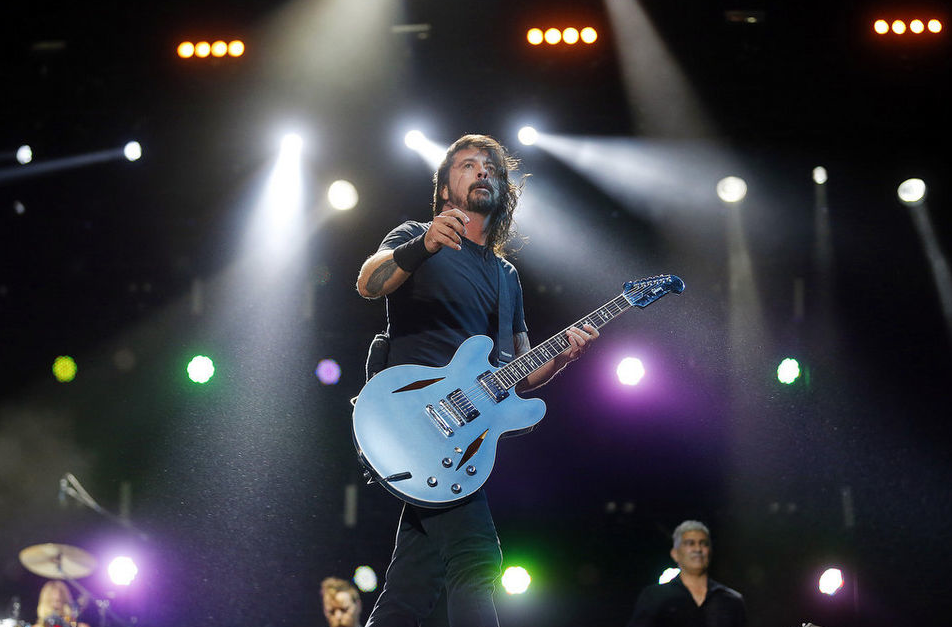 “Hangout pretty much starts our festival season and it’s become one of the more unique festivals,” said Gosnell. “Right on the beach, palm trees for days, and some really top bands and acts on all stages. All the systems were designed to give the visiting band designers a rig that can generate big fat looks. With 20 – 40,000 people watching some of the stages, there is no need for finesse. What I call ‘helicopter looks’ are the order of the day for the headliners really, stuff you can see from a quarter mile away.”

For the Foo Fighters’ set Friday evening, Bandit provided 42 GLP Impressions, and 18 DWE 2 Lites as part of a supplemental lighting package. “They were used on a 6 additional trusses underhung upstage in two groups of 3 to form a back wall,” explained Bandit Project Manager Don Lockridge.

The additional stages featured a two truss system with the downstage truss utilizing GRN fixtures for wash color and VL 2500 spots for specials and colored texture. One of the stages displayed a 56’ 1/2 Oval Truss with eight 4 rung ladders to fill the space upstage and provide dynamic backlight for the various bands. These ladders consisted of VL 2500s, GRN Moving Washes, and Clay Paky Sharpys. On the oval truss, Bandit placed GRN Moving Washes, Atomic strobes, and Bandit 5 x 5’s.

“The 5×5’s have high output for punch and effect,” said Bandit Project Manager Shawn Lear. “These also create letters and you can imagine the fun that was had spelling things out. ‘Hangout’ was the obvious communique.”

“We took into consideration that each stage would have plenty of high intensity color wash, with hard edge spot fixtures for fined tuned texture and appeal,” added Lear. “Each stage had the ability to invoke the Artist LD, the moods of the artist’s lyrics, and excitement for both the really big looks and sends offs.”

“Hadden Hippsley, Steve Drymalski, Roger Picone and Richard Wold run the show from our perspective, and are such professionals to work with. Communication is key with the run up to each festival, and that’s never a problem with Lambda,” added Dizzy.