Home Insider Insights Curator’s Vision: an insight into the role of a music curator 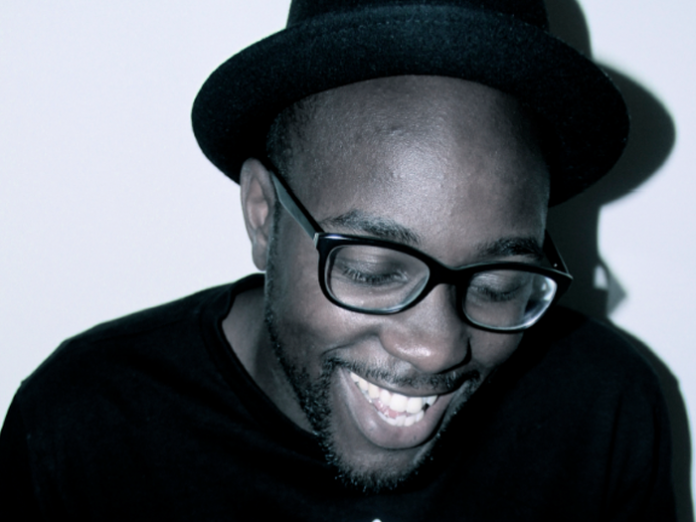 Yaw Owusu is the Creative Director of youth culture organisation URBEATZ, Director at creative solutions company the playmaker group and Nothin But The Music and the Music Curator for Liverpool International Music Festival. In this article he discusses the challenges of curating an event whose host city has a rich cultural heritage.

My name is Yaw Owusu. I have a few roles depending on what room I’m in but my professional title is Music Manager & Curator. In a nutshell I manage music artists, campaigns and projects and curate events and festivals.

Being called a curator is pretty new to me. It was only in 2013 when I accepted the position as the Music Curator of the Liverpool International Music Festival (LIMF) that I actually understood the definition of a curator. I recall asking the Assistant Director of Culture Liverpool, ‘Are you sure you don’t mean coordinator?’ After I had looked into what curator meant, I was extremely glad when the she replied saying, “No, we want you to be the Curator”.

A curator by definition is one who has the care of something; especially an exhibition of some sort, whereas a coordinator’s main focus is making different groups work together to achieve a goal. Liverpool City Council brought me in to protect, care for and select the artistic content as I saw fit, which is a massive honour, opportunity and responsibility. Especially in a city like Liverpool!

Before I go further, I must explain that statement. Liverpool, as I’m sure you know, is without doubt a leading global music city. In addition to The Beatles, the city is internationally known for churning out more number 1 records (per capita) than any other city in the world. Add that to the fact that LIMF came out of Mathew Street Festival, which, as well as being based on the road that The Beatles made so famous, had been a very successful music festival in the City for 21 years. In that time it had reached the status of being the largest city centre music festival in Europe, annually attracting over 300,000 attendees over August bank holiday weekend every year. So I kind of fell into the mix of this, as the newly appointed music curator of Liverpool’s replacement to Mathew Street Music Festival and the city’s newest official music festival.

Now I’m not going to lie, I love this role. It’s fun. I also get to be the creative one (usually in my other working roles I’m the strategic and details guy). However I must stress the role of a curator does come with a heavy load to carry. By nature I am not a ‘My way or the highway’ type of guy. Despite being a serial entrepreneur and still to this day being my own boss (my role with LIMF is as an consultant and not a Liverpool City Council employee), I much prefer to discuss and make reasonable decisions based on a variety of information and the needs of the group. In addition due to my traditional Afro-Caribbean upbringing I’m a stickler for respecting my elders. However I have quickly learned that I do have a unique vision on most things music and the reason why so many people and organisations seek me to be involved in their projects is because they want me to lead – and sometimes be that creative dictator (Haha). I’m learning to live with this now and really bask in the opportunity to, on many levels, execute my vision.

Working within a local government system can be difficult too. LIMF is one of many events put on by Liverpool City Council’s events team, Culture Liverpool. The team, since the Capital of Culture year in 2008, have done some absolutely amazing events – many which have driven millions of visitors to come to the city at any given time. This is amazing! So coming in as an individual, albeit an individual with my own business experience, contacts and achievements, has been interesting. The bureaucracy of local government systems, politics and budgets restrictions has meant that true curation often takes a hit. However I suppose that makes it all the more fun – managing creative vision with real life limitations can sometimes result is some extra special creative thinking and doing. My challenge is always to protect and enhance the unbridled creativity and passion that I had at the start of this appointment. So far, I think I have managed it and together with the inspirational team at Culture Liverpool we have managed to break through anything too restrictive and make some really special events happen in the past few years.

Another perhaps more challenging aspect of being a curator is the fact that I must curate from my vision but be respectful to so many other people’s ideas and wants – for example the City’s overarching cultural themes and strategy, the needs and ambitions of other city based music organisations that the city wants to support, every scouse man and woman that has an opinion (only joking!) and the huge shadow of past musical greatness that exists in the city. The most difficult hurdle is probably the last one. Why? Because as a music city we have achieved so much greatness in the past which I think can almost fall back to a laissez-faire attitude in terms of change, with the danger being we may rest on our laurels, fail to invest big in any contemporary or developing ideas, scenes and artists and worst, merely accept becoming a musical museum. This is a situation that I promised myself I would never allow to happen whilst I had a position of influence so from the start I have strategically made the core of my vision all about making sure LIMF (and the city) not only salutes the past but is very much planted in the present and setting up for the future. I want LIMF to annually make a bold statement on a global scale. That statement being: LIMF is inherently different, creatively ambitious and inspiring and that it reflects Liverpool’s ever-evolving relationship with music. If this is achieved, I am sure, LIMF will be one of the most authentic, exciting and diverse music festivals in the world. And if it is, I guess I’ve done my job as a curator.