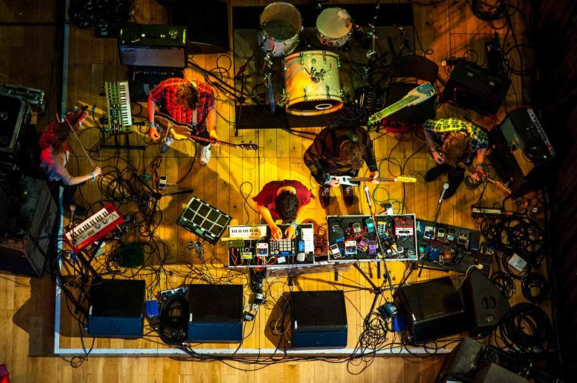 UK: Simple Things Festival will return to Bristol on October 24 for its fourth instalment. The multi-venue, one-day festival has announced the first wave of acts for the event.

This year’s standalone opening party will be headlined by legendary Montreal post-rock band Godspeed You! Black Emperor. Initially formed in 1994, the band has become revered among the greatest purveyors of their saturnine, orchestral strain of rock music, with 2000’s Lift Your Skinny Fists Like Antennas to Heaven regarded as one of the genre’s definitive landmarks. Armed with this year’s superb Asunder, Sweet and Other Distress, the nine-piece will fill the very farthest reaches of Colston Hall’s grandiose main room on the Friday night.

Brooklyn-based experimental math-rock adventurers Battles head up the main festival bill, picking up where Liars left off last year. The pioneering trio have returned in 2015 with rumours of a third long-player on Warp and only a handful of intimate, sold-out shows worldwide. This will be an extremely rare headline performance for the band.

Post-punk / art-punk royalty Wire bring their extensive back catalogue, including cuts from peerless 1977 debut Pink Flag, to proceedings, while Gabe Gurnsey and Nik Void will be flying the Factory Floor flag and offering their trademark propulsive percussion and convulsive synths.