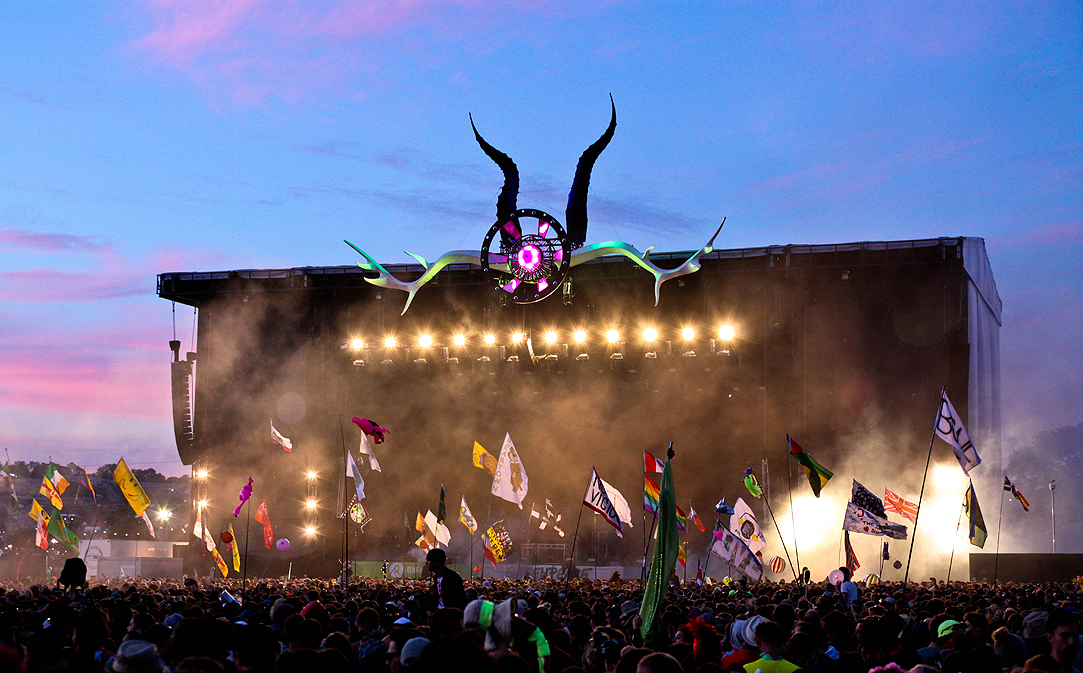 Serious Stages also designed, manufactured and installed the festival’s new ‘Other Stage’, which had a total height of 20 metres and an overall width of 43 metres, along with the addition of the installation on the front facade by artist Joe Rush.

From the musicians’ and production teams’ perspectives, the 777m² main deck combined with a 190m² rear shed delivered phenomenal performance and working areas. The stage’s fully enclosed wings and dual ramps upstage left and right provided extensive loading facilities, and the five tonne capacity per cross stage truss, plus three tonne capacity on the cantilever meant that the roof could take a weight loading of 35 – 40 tonnes.

Given the ongoing relationship between Glastonbury Festival and Serious Stages, the company was confident to invest substantially to produce the new system.

Serious Stages’ Managing Director Steven Corfield stated: “The ever-increasing production expectations of bands, combined with Michael and Emily’s desire to give audiences the best experience, led to discussions about creating a new Other Stage better suited to Glastonbury. Those conversations went through our CAD designers and engineers, on to keeping our fabrication facility this spring manufacturing the new flat roof system. Then our on-site team under project management of Simon Fursman have done a phenomenal job constructing this new stage for the first time at Glastonbury.”