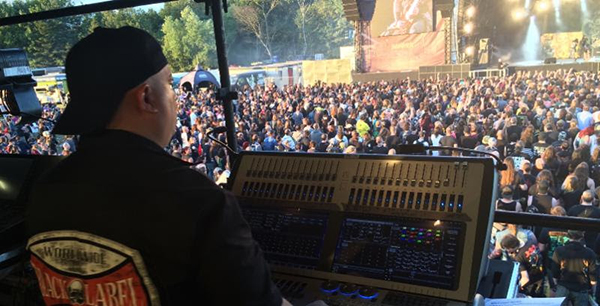 UK: Avolites Titan consoles reigned supreme at Bloodstock Festival, with all stages running Titan for the rock and metal festival that drew more than 15,000 metal heads to Derbyshire this month.

“Due to the busking nature of the festival, Avolites was the perfect choice,” said Andy Whittaker of HSL. “The range of Titan consoles, going from the Quartz all the way up to the Sapphire Touch, suited each stage of the festival perfectly.

“The Sapphires on the main stage were a particular success, and the networking capability with the TNP and Multiuser were fantastic. The TNP shared the processing load well and integrating consoles into the Avolites system was simple and hassle-free.”

Across on the second stage, an Avolites Tiger Touch II was used to control for a heavy-hitting line up of international metal, while on the third stage HSL supplied a Quartz to provide the lighting for some of the best up-and-coming bands on the scene. Powercubes provided dimming for the generics on both stages.