Home News CT supplies screens for T in the Park 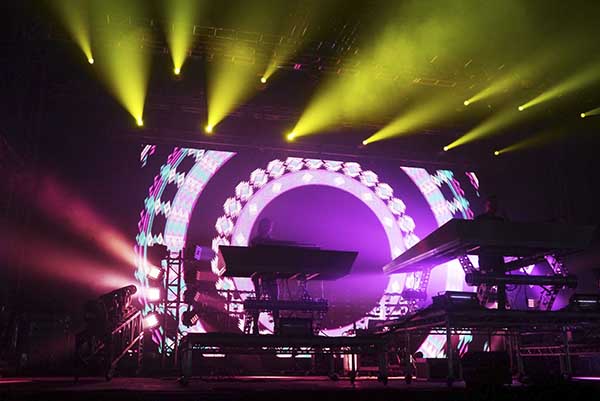 UK – For the Scottish festival’s first stint at Strathallan Castle, Creative Technology (CT) supplied four of the T in the Park stages with screens.

T in the Park attracts 85,000 music fans per day to Scotland. The headliners at this year’s event were Kasabian, Avicii, The Libertines and Noel Gallagher’s High Flying Birds. On behalf of DF Concerts & Events, who promote the festival, Creative Technology (CT) was also there, supplying a total of 334.28 sq metres of LED across four of the main stages and working with the touring productions.

The majority of CT’s displays were seen at the Main Stage; the biggest at the festival with performances from the likes of Paloma Faith and George Ezra. CT rigged a 75.26 sq metre IMAG screen on each side of the stage. In addition, a PPU, camera, and playback system were provided, enabling live images of the performers to be fed to the screens.

The BBC Three / Radio 1 stage, the second largest stage at the festival, saw an eclectic mix of artists such as The Prodigy, David Guetta and The Vaccines. The two IMAG screens CT supplied were also rigged one on each side of the stage, totalling 38.76 sq metres of LED.

For the King Tut’s Wah Wah Tent, which is inspired by the famous Glasgow music venue, a further 55 sq metres of LED was provided. This iconic stage held performances from Fatboy Slim, Mark Ronson, and The Proclaimers.

CT’s displays were also seen at the Slam Tent; the nightclub scene for dance and electronic DJs. In addition to two 15 sq metre LED screens (one on either side of the stage), a 40 sq metre screen was flown above the DJ booth. The final screen was rigged to the DJ booth; a further 20 sq metre of LED.

In terms of touring production, CT worked with the production managers and video teams on all of the stages; providing access to CT’s feeds and patching them into the screens enabled the touring productions to sub-mix their own shows.

For more information on CT, check out its official website.