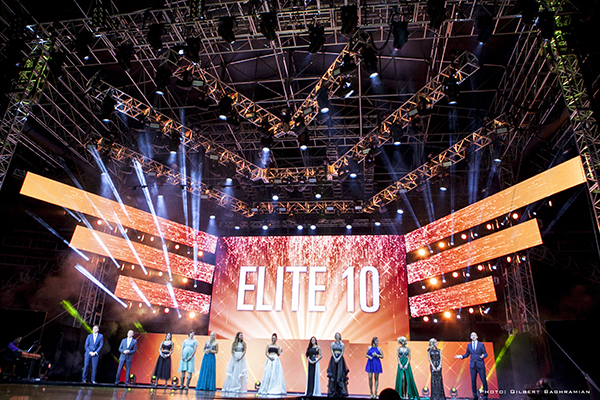 USA: The popular Beachbody health and fitness brand held its most important coach event of the year from July 16 – 19 in Nashville, and Elation gear was there in force on what is, perhaps surprisingly, production company Visions Lighting’s biggest job of the year.

“For us it’s bigger than EDC, Coachella, or any of the other festivals we do throughout the year,” said Todd Roberts, President of Southern California-based Visions Lighting, who has been involved with Team Beachbody Coach Summit since its inception. “It started in a small ballroom and has grown every year. Last year there were 8,000 attendees and this year there were 20,000 so it’s growing exponentially.”

Beachbody markets some of the US’s most popular health and fitness solutions, including DVDs and health and fitness products, with a well-known presence across print and digital media. Team Beachbody is a network of thousands of independent ‘coach’ distributors who meet each year for a Coach Summit.

Visions Lighting handled lighting for all of Team Beachbody Coach Summit’s Nashville events and parties and employed Elation fixtures on them all. Working hand in hand with Todd on the event was Visions’ Nathan Jones, who served as Lead Production Manager and Lighting Designer.

The opening session and celebration show took place at Nissan Stadium (formerly LP Field and home of the Tennessee Titans) with general sessions held at Bridgestone Arena and other events and parties held at ballrooms and outdoor areas around town. The show at Nissan Stadium featured award presentations for top sellers, keynote speeches by top personnel, product launches and a first look at Beachbody’s latest videos which presented Nathan with plenty of opportunities for introduction, presentational and celebratory lighting looks. He used a rig of 34 Platinum SBX hybrid moving heads and 50 powerful Platinum BX beam moving heads to complement a chorus of dancers and create the high energy looks and flash required of a stadium full of some of the fittest people in America.

Mounted on V-shaped chevron trusses and working between stacks of side truss, the SBX fixtures dressed the stage in gobo textures and, along with 50 Platinum Beam Extreme fixtures, filled the air with thick, long-throw beams. To warm the truss in various shades of colour, Nathan turned to compact Elation Rayzor Q7 LED fixtures. Helping Mother Nature keep the air sufficiently thick with fog and haze for a better mid-air projection canopy were Antari F-7 SMAZE effects. Although the show at Nissan Stadium was held under less than ideal conditions – hot, humid and rainy with thunder and lightning, which necessitated the use of rain covers for most fixtures – the show came off without a hitch.

For more information on Visions Lighting, check out its official website.