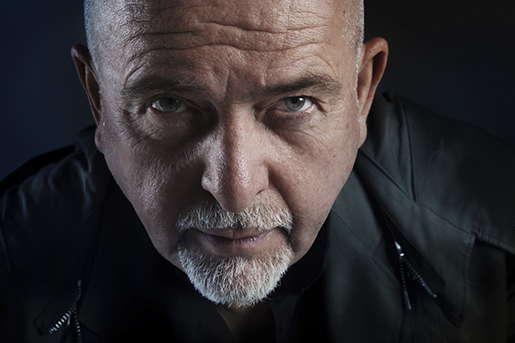 UK: The UK Festival Awards has announced that this year’s Outstanding Contribution to Festivals Award will be presented to Peter Gabriel.

Most renowned for his illustrious and prolific music career – which has thus far involved co-founding the legendary Genesis, releasing eleven solo studio albums, and taking three forays into cinematic composition – Gabriel has also remained a festival industry luminary after founding WOMAD in 1982.

Since its inaugural year, WOMAD has presented over 170 festivals in more than 30 countries, and remains the most successful and highly regarded world music festival on the planet. Perhaps the most cosmopolitan festival in existence, WOMAD’s eclecticism and truly singular endeavour to represent as many cultures as possible has led it into its 33rd consecutive year as both a bona fide British institution and international phenomenon. The festival also led directly to Peter forming Real World Records in 1989, which boasts a wide-ranging catalogue of more than 200 titles of world-class music from all corners of the globe.

WOMAD 2015 hosted 120 artists from 53 different countries, continuing the festival’s tradition of restlessly innovative programming. Over the course of its history, WOMAD has helped to make international stars out of acts such as Nusrat Fateh Ali Khan (Pakistan) and Toto La Momposina (Colombia), as well as showcasing some of the biggest names in global music such as Youssou N’Dour (Senegal), Neneh Cherry (Sweden), Ravi Shankar (India), Gil Scott Heron (USA), Gilberto Gil (Brazil) and Toots & The Maytals (Jamaica) to name but a very few.

Alongside the birth of the WOMAD Festival came The WOMAD Foundation, an educational independent charity whose remit involves developing projects for schoolchildren to work with international artists. In 1992 Peter embarked on another humanitarian project by co-founding WITNESS, pioneering the use of cameras and technology in Human Rights work. Alongside Richard Branson, he was also a founder of The Elders, an organisation designed to bring together a small group of highly respected global leaders, working for peace and human rights, and formally launched by Nelson Mandela in July 2007.

Set to take place on November 26 at The Roundhouse in London, the 12th annual UK Festival Awards will comprise a wide array of accolades to acknowledge the various successes of the UK festival industry over the past year. Preceding these celebrations will be the UK Festival Conference, aiming to dissect and discuss issues pertinent to the sector, reviewing our immediate past and portending to the future.