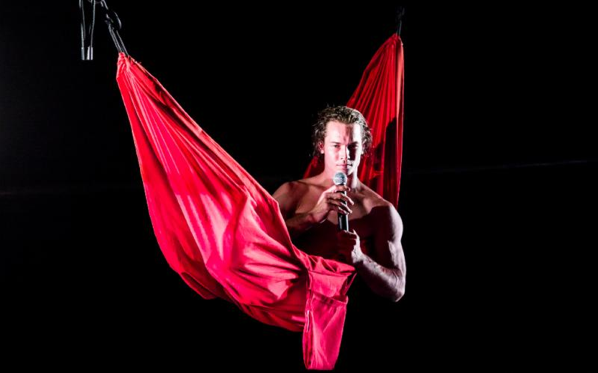 UK: One of the latest additions to the Philips Strand Lighting line of consoles, the NEO, has made its Edinburgh Festival Fringe debut, taking up residence for the duration of the arts festival in the popular venue C south.

Operated by leading Fringe independent venue producer C venues, C south saw up to 10 performing companies coming through the space each day. It offered a plethora of different style shows, ranging from Shakespeare plays to circus performances, performed by an international mix of companies from the UK, Europe, Korea, Singapore and Australia.

“The technical team found the NEO to be a good desk for a mixed-use venue like C south,” said Head of Technical for C venues Chris May. “The NEO is suited both to those companies who need a desk which can programmed quickly and to those who need the power of a more advanced console.”

According to May, the NEO’s intuitive features yet advanced capability also makes it ideal for the varying levels of programmer on each show.

“Whilst great for beginners, it also offers more to those with more experience, and provides a very smooth interface to create effects, palettes and different playbacks that a more technical show may require,” he continued.

Ben O’Grady, production manager for C venues, added: “Having ‘Go’ lit up in green and ‘Stop / Back’ lit in red is wonderfully idiot-proof, as well as the master fade controls flashing red when at 0. Having the manual available as a PDF with the click of a button helps solve many issues very quickly.”

Also available to the touring companies of C south was a fixed rig of Philips LED luminaires, designed by C venues artistic director (and international lighting designer) Hartley T A Kemp, head of production Richard Williamson and May.

“The RAMA LED Fresnel units once again provided the front wash, whilst the profiles were used as company re-focusable specials – units that each company can refocus as per the requirements of their show,” explained May.

“The major benefit of the Philips LED units was the reduced power consumption and reduced heat output which also increases the life span of the gel used in the units. Their colour changing also added versatility to the rig and the space.”

The RAMA LED Fresnel also has the advantage of requiring only a single channel of control, just like a regular tungsten Fresnel. Because of the high CRI of the 3000K LED engine, regular lighting gels, diffusers and frosts match exactly in the LED Fresnel against placing those filters in an older tungsten Fresnel. It therefore easily blended with the adjacent tungsten and LED beams to provide even illumination across the wide C south main theatre stage.

Across the city at C nova, the C venues team was also applying the LED benefits of Philips Selecon PLcyc1 units, in both studio 0 and the registry bar for soft mood lighting.

“The Philips LED units were very popular with performing companies and offered visiting lighting designers more choices as to how they used the rig,” said Hartley T A Kemp. “Both the colour mixing on the Philips Selecon PLprofile1 units and the colour rendering on the RAMA LED Fresnel units are excellent, while the reduced power consumption helped us reach our environmental targets.”

Edinburgh Festival Fringe is the largest arts festival in the world, featuring over 3000 individual productions. This year it ran from August 7 – 31.