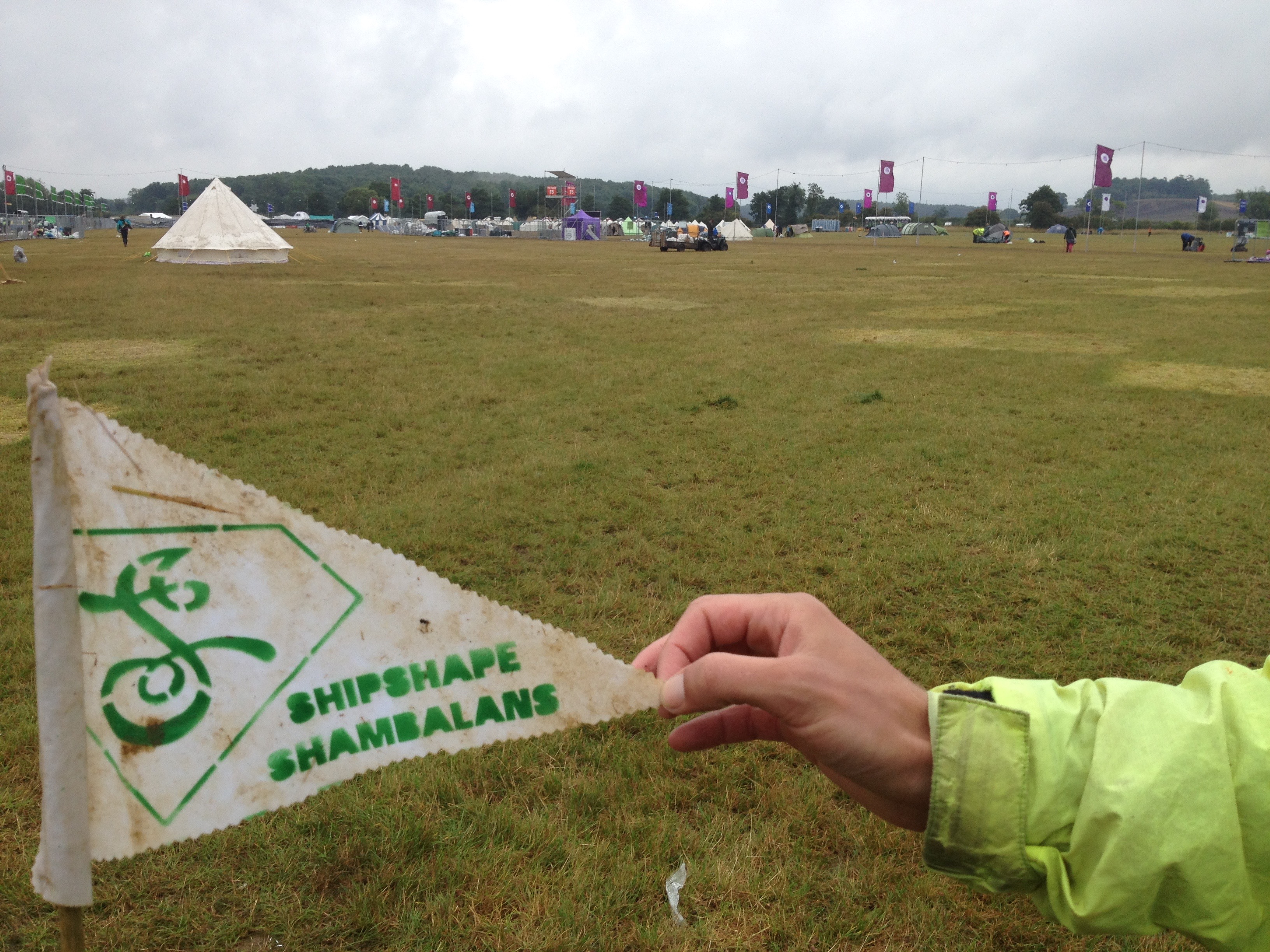 UK: Shambala organisers made abandoned tents and campsite waste a priority at this year’s event, as part of their commitment to recycle 100% of viable waste. The campaign included an advance communication strategy encouraging festivalgoers to recycle whatever possible and keep ‘their shared space beautiful’.

All ticket buyers were charged a £10 recycling deposit, which was exchanged onsite for a bag of recycling and rubbish. Once filled, it could be returned for the initial deposit, or a festival pack retailing at £25. Campers also saw large signs on entry, reaffirming the festival’s expectations about recycling. In addition, a campsite-based ‘Upcycle Team’ engaged revellers theatrically with ceremonies awarding flags and medals to the tidiest.

This year, Oxfam stewards also joined the campaign, identifying messy areas to dispatch the Upcycle Team, handing out bags, and staffing a network of campsite info hubs where campers could collect a compost caddie or spare bags.

Recycling contractor Greenbox also played an active role in helping the event achieve its 100% recycling aim, by sorting all waste at source in the campsite pens, recycling exchanges, and back of house, rather than in a yard behind the scenes or relying on offsite facilities, making the operation very visible to festivalgoers.

Livvy Drake, Shambala’s Sustainability Coordinator, said: “After several years of trying different approaches and refining the messaging, there seems to have been a profound impact on audience behaviour. The amount of waste left in campsites has dramatically reduced, with many campsites having virtually no waste at all. The number of left tents has reduced, but this is still an issue which requires focus.”

Festival Director Chris Johnson said: “Campsite waste and left tents is an industry-wide issue, and there’s interesting work going on at many events to solve the problem. Its going to take a shared approach to shift such an entrenched cultural phenomena, but we are pleased to have made significant progress at Shambala this year.”

For more information on Shambala, please visit its official website.