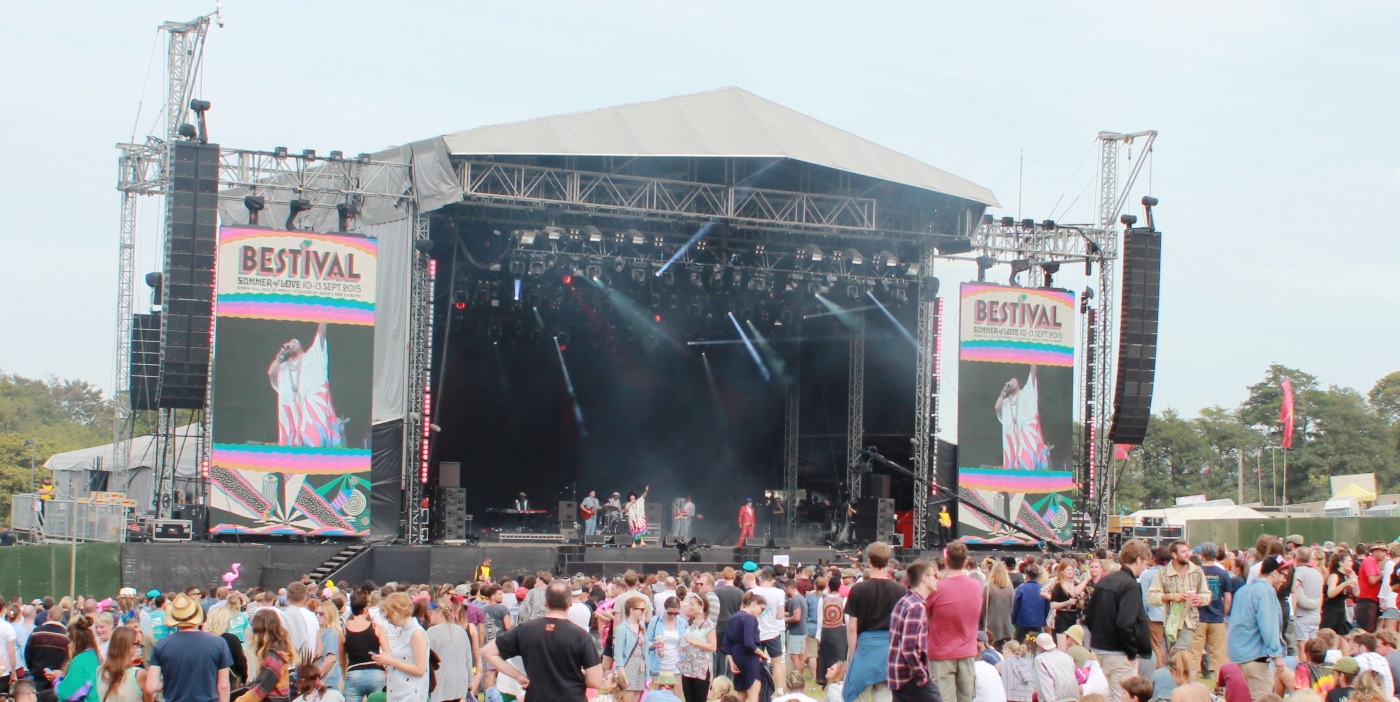 UK: The ‘best ever’ Bestival ensured that another busy summer programme of festivals ended on a high note for Showsec as they played their part in the success of the Summer of Love. Organisers were quick to claim that Bestival scaled new heights this year, following an event that once again featured a successful bid to break a world record.

The crowd management and event security specialists helped to enhance the reputation of what has now become the traditional grand finale to the festival season on the Isle of Wight, as the impact of their crime reduction measures contributed to the overall success of the occasion.

This year’s event, which was themed the Summer of Love, saw Duran Duran, the Chemical Brothers and Missy Elliott headline the Main Stage on each of the festival’s three show days. In a continuation of a long association with the Bestival team, Showsec’s summer programme drew to a close in the picturesque surroundings of Robin Hill Country Park, but it’s a link which also includes sister event Camp Bestival and a new addition this year, Common People.

“We are continually exploring ways to raise the bar higher by delivering very special festival experiences for the enjoyment of everyone, ones which are particularly creative and innovative,” said Dave Grindle, the Festival Manager from Loudsound Productions.

“To have the confidence to be that bold and ambitious with your plans, you need to have strong backing from the teams who provide essential parts of the whole operation. In that sense, we’ve developed a long-standing working relationship with Showsec and it is very important to us to have the support of such a strong team of managers and supervisors.”

He added: “That was most evident again this year and certainly helped us to fulfil our aim of making this Bestival the very best one which we have had in its twelve year history.”

A prominent feature of Showsec’s operation was the strong presence of senior management heading up the team throughout the event at Robin Hill Country Park. While Director Mark Logan acted as Head of Security, three of the Company’s Regional Managers: Steve Reynolds, Scott Anderson, and Richard Church, took on key responsibilities and further support was provided by five Area Managers across the whole operation.

As well as directing their own operations, Showsec also played an important part in the coordination of an army of Oxfam volunteers providing stewarding support.

“The benchmark is set very high by Bestival in terms of customer experience, so it is important we match that commitment with our level of service,” commented Reynolds, who was the Security Operations Manager within that team for this particular occasion. “It helps that we have grown up with the event due to our long association with both Bestival and Loudsound Productions and so we are familiar with the venue. Our management team was as strong as it has ever been this year with Scott Anderson being an important addition in his capacity as Security Coordinator.

“This level of managerial expertise and experience proves to be highly significant in terms of our effective liaison with the other agencies fulfilling key roles.”

Nowhere was that more effective, in fact, than working closely with Hampshire Police on crime reduction measures to help make it a safe and secure environment. The Police have reported a 26% drop in the number of reported criminal incidents, while enhanced searches involving Showsec staff, private detection dogs and police advisors ensured that substantial quantities of drugs were confiscated at the entrances.

“The reduction in crime is a satisfying reflection of the emphasis which we place on this element of our operation and indeed the standardised training many staff have completed recently to enhance their skills and knowledge in that respect,” added Reynolds.

“Having so many within our operation who are very familiar with this event, and indeed enjoy being a part of what is the final stage of a long festival season, ensured that many aspects of our operation ran in a similarly effective way to previous years.

“There were some differences, most notably the fact that we had a higher number of early arrivals this year into the campsites ahead of the event. We also had a camera crew on site for much of the time and this took some planning to ensure they were able to get their filming done with too much disruption.”

In addition to Bestival’s extensive and eclectic music programme, this year’s event saw the return of the world’s largest disco ball was back after successfully achieving an entry into the Guinness Book of Records in 2014, while the unofficial record bid on this occasion saw 446 people become the largest number of buskers to sing a song in one place.