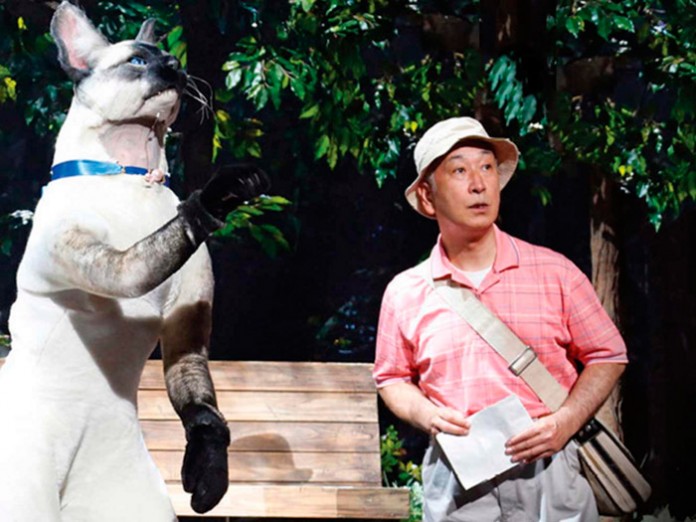 USA: The Philharmonia Orchestra of New York, along with the Concert Chorale of New York and several soloists, performed at the Lincoln Center Festival in Manhattan’s world-class venue Avery Fisher Hall this year. The event, held from July 6 – 12, was a tribute to Danny Elfman, the composer of Tim Burton’s movie soundtracks.

Elfman was present in person and sang the part of Jack Skellington from The Nightmare Before Christmas with his powerful baritone voice. The orchestra and chorus – led by Grammy-winner conductor John Mauceri – managed to offer a truly unforgettable show to a jubilant crowd, with a precise and portentous interpretation of Elfman’s inventive, creepy, yet hilarious compositions from Edward Scissorhands, Mars Attack, Corpse Bride, Beetlejuice, and several other Burton’s movies. The show was also supported by spectacular visuals.

One of the reasons behind the choice of the TTL33-A II lies in the need to cover the whole concert hall, comprising three levels of balconies. With its 100° horizontal coverage angle, this line array was capable of ensuring perfect coverage to all seats, even those in the highest balcony. On the other hand, the TTS56-A subwoofers provided an excellent reproduction of very low frequencies through their two 21″ neodymium woofers.

The whole system was monitored with RCF’s proprietary RDNet protocol, that allowed fine tuning of the system for a homogeneous coverage in the whole complex area.

Paul Bevan, FOH engineer for the show, explained that one of the principal challenges was to maintain a very natural “orchestral” sound at a slightly elevated level than a purely acoustic presentation. With a wide range of dynamics, incorporating a male and female chorus, vocal soloists, electronic sounds from keyboards and some pre-lay tracks from the original scores, the concert required a system that was capable of great clarity.

“When designing a suitable system for this project, RCF TT+ line arrays were recommended to me by several people whose opinions I respect,” Bevan said. “We had very little time for set-up and tuning the system. The cabinets went up quickly and easily. The RDNet software gave an extremely even and natural sound throughout the venue, even before the small amount of tweaking that would be necessary in any venue and with any system. The clarity and separation that I was able to achieve, given the many different textures, made mixing the show in an extremely reverberant hall much easier than I expected. The system integrated these various elements beautifully.”

The concert was filmed for a TV show, and a further validation of the system came during the mixing of the recorded tracks. In the words of Paul Bevan: “The cleanliness of the recorded tracks is astonishing, with no sign of the PA spilling back into the microphones. Considering that there were approximately 90 microphones in use throughout the orchestra and chorus, this is a testimony to the control that I was able to achieve, while maintaining a full and dynamic mix in the hall. I look forward to the next opportunity to use this system.”

RCF TT+ systems had already been used in the same venue in 2012, when the Philip Glass Ensemble, along with the New York Philharmonic Orchestra and the Collegiate Choir, had performed Philip Glass’s soundtracks. The two-and-a-half-hour event of 2015 was a huge success, largely praised by the critics and public, that offered an impressively long ovation to the performers.