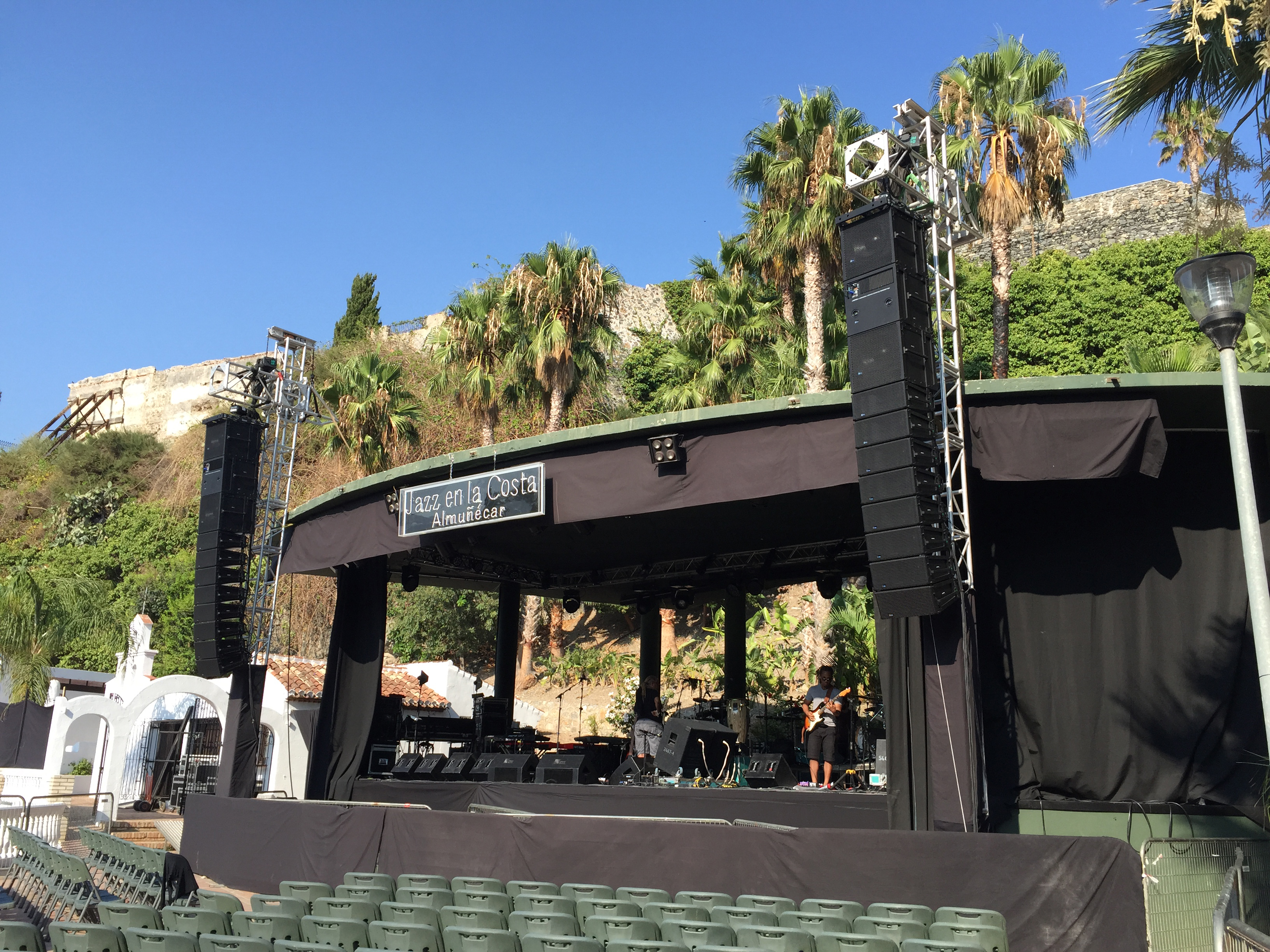 “Ninety percent of our work is supporting classical and jazz music, and LEOPARD is the perfect system for these applications,” said Henry Gómez Rey of Proaudio Granada. “At a LEOPARD demo in Paris, we listened to a recording of Diana Krall. I closed my eyes and thought, ‘It’s impossible, it’s like she’s playing right here in front of me.’ It was not like a recording at all.

“With jazz music, people know good sound, and they are very critical,” Rey continued. “They loved the sound of the LEOPARD at Jazz en La Costa. With no delays, we had uniform coverage of the whole area at all frequencies, from the front of the stage all the way to the back, more than 50 meters away. The audience and engineers were very happy.”

At Jazz en La Costa, eight LEOPARD line array loudspeakers and three companion 900-LFC low-frequency control elements were deployed per side to serve an audience of 2,500. “With the 900-LFC, you don’t just hear the bass, you feel it,” said Rey. “It’s small, compact, and has a beautiful sound. For bassist Marcus Miller’s set at Jazz en La Costa, it was specified that he needed a lot of subs, and we easily had enough — the low end was very clear. I was impressed.”

The smallest and most versatile member of the Meyer Sound LEO Family of loudspeakers, the patent-pending LEOPARD was launched this spring to great acclaim.