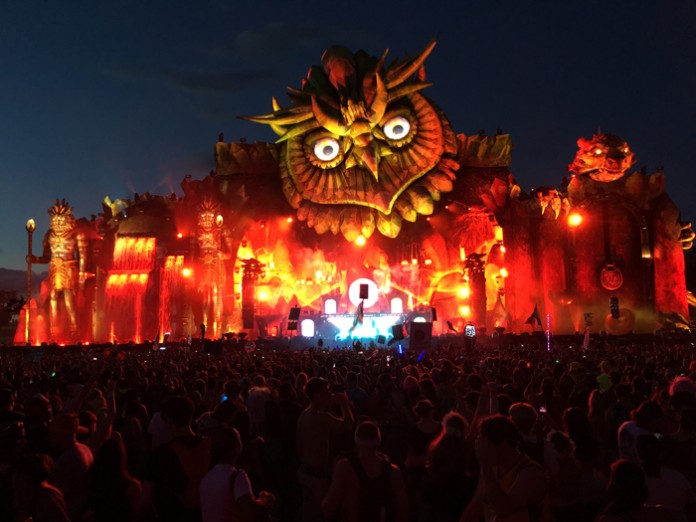 USA: For the second straight year, the 2015 Electric Daisy Carnival (EDC) Orlando featured a Meyer Sound LEO Family loudspeaker system on its main stage. One of the most important electronic dance music (EDM) events on the East Coast, EDC Orlando showcased some of the biggest names in EDM including Tiësto, Calvin Harris, Kaskade, and Eric Prydz. The artists played to a sold-out audience of 60,000 over two days at Tinker Field.

“My first reaction to LEO is that I was working in front of a system unlike any other,” said Fabrizio Piazzini, FOH engineer for international EDM superstar Calvin Harris. “It has precision, clarity and punch—and all of those elements are redefined by these loudspeakers. Also, the headroom is incredible; I don’t think I hit the limiters on any component. The sound was very relaxed, even at high SPLs (sound pressure levels).”

Piazzini has found that mixing on LEO affords him new creative freedom. “I find that I need to do far less to my input channels. I just place a great mic and a filter, and I’m 99% there. No need to apply crazy EQs, and compression is also backed off quite a bit. And with so much headroom, it’s great to let my mixes be dynamic and breathe organically.”

Piazzini was also struck by the output of the 1100-LFC low-frequency control elements in a low end-heavy EDM setting. “It’s an outstanding box. You don’t need many to achieve a huge sound. The polar pattern was extremely well-behaved, beaming only into the needed area with incredible SPL, even at 100 meters.”

One of the most in-demand EDM artists on the global touring circuit, Calvin Harris is renowned as a multi-talented singer, songwriter, record producer, and remixer. His 2012 release 18 Months placed nine singles in the Top 10 of the UK charts, eclipsing Michael Jackson’s old record for UK hits from a single album.

EDC Orlando is among a growing number of massively popular EDM festivals bearing the EDC moniker that are staged across the US, the UK, Mexico, and Brazil. All are produced by Insomniac.