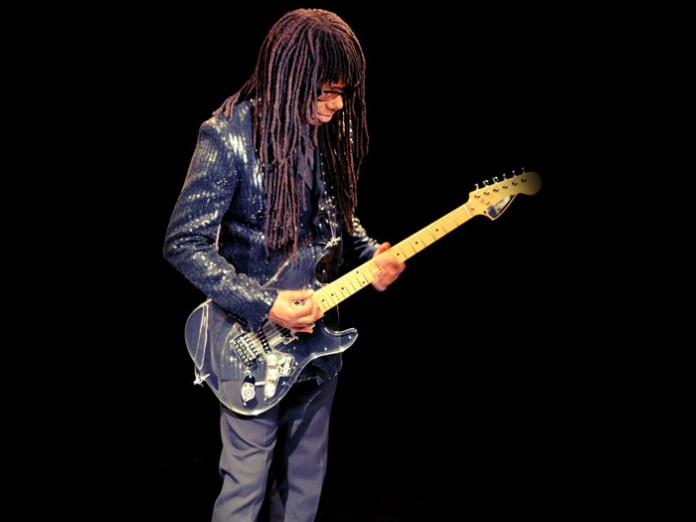 UK: Grammy-winning composer, producer, arranger, and guitarist Nile Rodgers brings his FOLD festival to the UK for three days in June. Curated and produced by Rodgers, FOLD Festival is a celebration spanning every popular genre and will be headlined by Chic on each evening. The inaugural event took place at the scenic Martha Clara Vineyards in Long Island in August 2015 and the next instalment of FOLD will take place in the historic Fulham Palace in London.

Chic mastermind and festival curator Nile Rodgers said: “I started FOLD Festival four years ago in Montreaux, Switzerland to pay tribute to the musicians that make me who I am: A collaborative ensemble composer, who knows how to throw party!”

The first night throws a spotlight on a truly incredible era of pop, with a line-up of trailblazers responsible for some of the most creative and flamboyant songs in modern music. One of music’s outstanding voices, Alison Moyet will bring her critically acclaimed music to Fulham Palace to perform alongside Chic. The Thompson Twins’ Tom Bailey will be playing the classic Thompson Twins hits. It will be the first time Tom and Nile have been on stage together since Live Aid in 1985 when Madonna sang backing vocals.

Saturday sees the celebrations embrace modern day pop, undeniably influenced by Rodgers acclaimed recent work for Daft Punk and Disclosure amongst others. John Newman perfectly encapsulates the modern day soul man, dominating the charts, airwaves and music collections of fans across the country and his unrelenting live show is set to be a true highlight of FOLD 2016. Having teamed up with Nile Rodgers on last year’s great single ‘Boomerang’, international pop star Emin will also be performing and makes a perfect addition to the bill. Reflecting not just the current stars but the future ones too, emerging newcomer Grace will take the stage, bringing the voice behind the phenomenal “You Don’t Own Me” to the hallowed grounds of FOLD 2016.

Sunday features the very best of funk, soul and everything in-between. Standing as an untouchable emblem of classic soul, Angie Stone will bring her unmatched vocal prowess to the stage delivering a set of acclaimed classics that show why Prince, Stevie Wonder and D’Angelo all sit as famous fans. Along with another masterclass in magic from CHIC, these names will be joined by acid-jazz pioneers Incognito, bringing an eclectic set of pulsating anthems to an evening like no other.

Many more acts will be added to each day of the festival.

FOLD will be the first ever music event to be staged at London’s Fulham Palace. Steeped in over 1300 years of British history, the historic Fulham Palace house and gardens of the Bishop of London is an incredible setting in which to experience one of the music highlights of 2016.

Robomagic’s CEO Rob Hallett, who will be producing the show, commented: “It is an honour and privilege to be working with the legend that is Nile Rodgers on a new festival, the likes of which London has not seen in the past.”