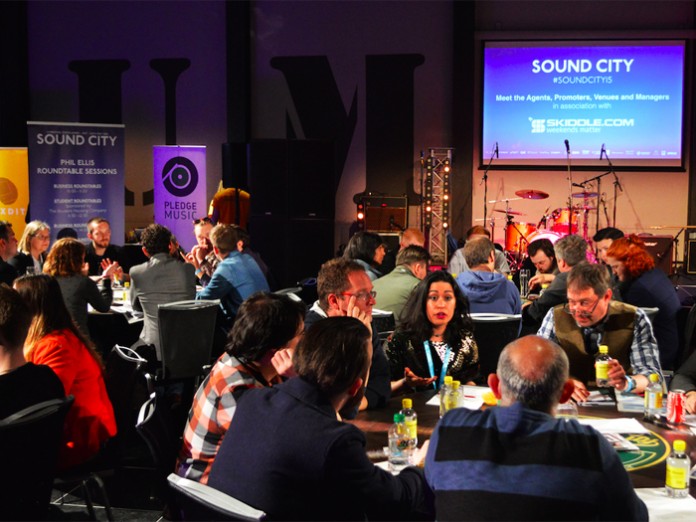 Rebranded as Sound City+, the conference will be purely artist and industry focused and take place on the day preceding the main festival – May 27 – in the iconic Rum Warehouse at Liverpool’s Titanic Hotel.

Sound City+ promises everything previous Sound City conferences offered and more but as a richer, condensed platform. The content-heavy programme is jam-packed with workshops, 1-2-1 meetings with UK and international record labels, agents, music supervisors and festivals from all over the world, sign-posting sessions and inspirational TED type talks through the day.

Conference Director Jo Whitty said: ‘Our major aim with Sound City+ is to create a hectic, energised environment where attendees can dash through an array of rooms and meet some of the most amazing people from all areas of the international music business. This is definitely not aimed at stalwarts. It is aimed at the new kids on the block, those who want to shake things up and change everything. Sound City+ is a place to meet people, be inspired, have arguments and do some great business.’

The renowned online publication Drowned in Sound – which according to Observer Music Monthly is ‘the discerning indie fan’s first point of reference’ – will curate a series of panel talks. They will also be debating podcasts, playlists, promoting gigs and much more.

Drowned in Sound founder Sean Adams commented: “The sessions we’re curating at Sound City this year are absolutely artist focused and will cut across the noise created by blogs, confusing stats and address how artists create outstanding music while navigating the day to day. We’re looking forward to delving right into the issues and getting some amazing insight from some really interesting names who we’ll be announcing very soon.”

In the evening delegates will be treated to the exclusive Sound City launch party at a top-secret location in Liverpool’s historic docklands. Clean Cut Kid, Samm Henshaw and Mahlia are already confirmed for the bash with more acts to be announced.

Sound City’s famous ‘In Conversation’ series is also changing with a move to the festival site during the live music side of the event from May 28 – 29.

Sound City CEO Dave Pichilingi explained: “The move is basically down to the tremendous feedback and love we have had for our In Conversation content. John Cale, Thurston Moore, Edwyn Collins, Wayne Coyne, Tracey Thorn, Andrew Loog Oldham, Viv Albertine, Julian Cope, Mark E Smith and many more have proved to be big hits at conference over the last few years. The sheer groundswell of music fans who go to the festival and who said that they would love to see them persuaded us to move it over to the festival site so that everyone attending has the chance to see and be inspired by them. We’ve got some great names lined up to announce over the next few weeks; it’s going to be a really exciting new element for Sound City.”