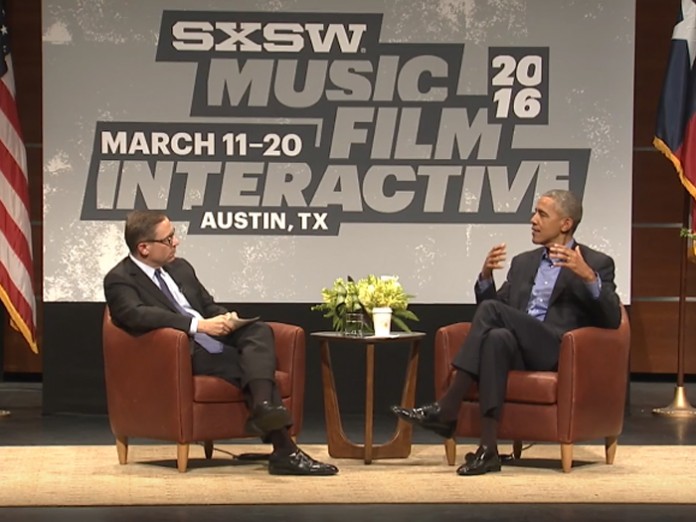 USA: On March 11, President of the United States Barack Obama delivered a keynote speech at South By South West Interactive, the festival’s emerging technology programme. In conversation with Editor-in-chief of the Texas Tribune, Evan Smith, Obama discussed 21st century civic engagement and encouraged attendees to collectively harness new technologies to help solve the nation’s most imposing threats. Entering to a standing ovation, this marks the first time a sitting POTUS has participated in SxSW.

Michelle Obama is also set to deliver a conference session on March 16 for the festival’s music component. It has been revealed that the panel will be moderated by Queen Latifah, and will also feature Missy Elliott, Diane Warren, and Sophia Bush. The panel will focus on creating a dialogue about music, finding passions and the importance of girls’ education, as well as highlighting the Obama administration’s Let Girls Learn initiative, which focuses on putting adolescent girls in schools worldwide.