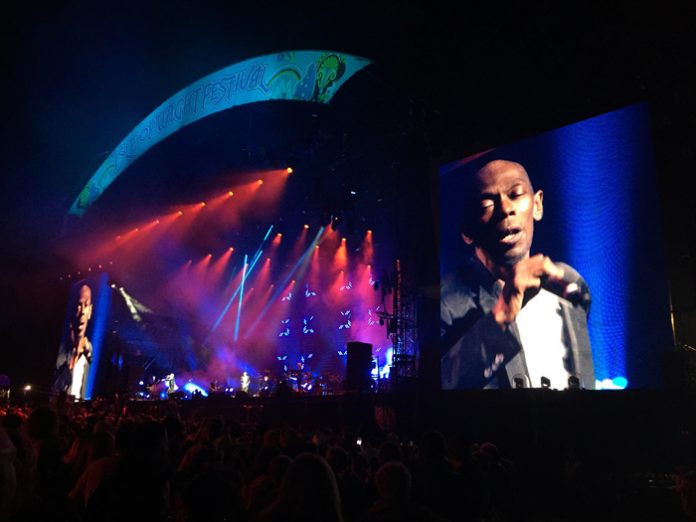 UK: The 21st century revival of the legendary Isle of Wight Festival once again launched Europe’s season of summer celebrations, with this year’s edition benefiting from relatively hospitable weather and the auspicious debut of a new Meyer Sound LEO Family system at the main stage.

Supplied by Wigwam Acoustics of Heywood, the new system effortlessly powered performances by headliners like The Who, Faithless, Stereophonics, and Queen + Adam Lambert for crowds of up to 60,000. Equally important, the linear characteristics of the system coupled with precise directional control kept the festival grounds rocking while significantly reducing bleed into nearby residential areas.

The LEO Family system’s control and apparent loudness was appreciated by Vanguardia Consulting, responsible for assuring adherence to festival license conditions. “Isle of Wight has been quite tough over the past few years due to the close proximity of noise-sensitive properties,” said Vanguardia’s Warren King. “We did seem to get better results this year, and I think the main difference was that the system sounded subjectively louder than in previous years, which meant that although we started around 96 dB at the start of the day, almost every engineer was happy with that as a level and could easily stay within the given limits.”

Eds John, the FOH engineer for headliners Richard Ashcroft and Busted, was taken aback by the power and clarity of the system. “LEO was stunning in the festival format,” he said. “Even when the wind was blowing strong, the guitars were cutting through and staying smooth. That’s what you really need at a festival, as all too often your mix gets blown away by the slightest breeze.”

“The clarity and detail were amazing,” he continued. “With Richard you have a huge vocal sound, lots of guitars and massive strings to fit in your mix. It could get a little messy, but with LEO everything easily found its place. I pushed up my mix at the start, sat back, and really enjoyed the gig. Also, I was impressed by the fact that there were only fourteen cabinets per side in the main hangs. It definitely felt like there were more boxes than that.”

The reaction of John and his colleagues was welcomed by Joel Perry of Wigwam Acoustics: “As is the case with all of our shows, our aim is to provide the best sound reinforcement available. Judging by the comments received from our guest engineers, we achieved that goal here with deployment of the Meyer Sound LEO Family system.”