Home Insider Insights From Glyndebourne to Glastonbury: the Impact of British Music Festivals 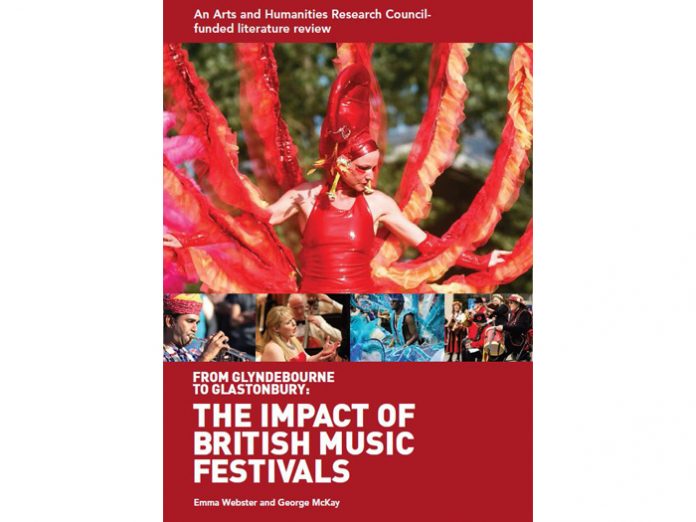 Emma Webster is currently the Research Associate on the Impact of Festivals project at the University of East Anglia. Emma is a co-founder and co-director of Live Music Exchange and has been researching live music for the best part of a decade. Before that she worked professionally in acid techno, opera, and world music. Her first festival was Glastonbury in 1995.

George McKay is Professor of Media Studies at the University of East Anglia, and Arts & Humanities Research Council Leadership Fellow for its Connected Communities programme. He has been researching festivals for over two decades, most recently in his edited collection The Pop Festival: History, Music, Media, Culture (2015). His first festival was Reading in 1977.

Our new report highlights the economic, social and cultural impact of British music festivals, and shows that festivals are now at the heart of the British music industry, forming an essential part of the worlds of rock, classical, folk and jazz. Funded by the Arts and Humanities Research Council’s (AHRC) Connected Communities programme, the report is based on a critical literature review of more than 170 books, papers and reports.

The sheer breadth of perspectives about festivals was surprising: from the economic impact of the Edinburgh Festivals to the experience of performers and audiences Gilbert and Sullivan Festival to the impact of a chamber music festival on a bat colony, the literature on festivals highlights the way that they have captured the imaginations of researchers across the world.

The following offers a brief summary of the report. To read the full report and the accompanying annotated bibliography, click here.

We also examined how academic research has impacted on festivals – from providing economic impact assessments to providing opportunities for public engagement, research collaboration and debate.

Finally, we made a number of recommendations for further research, because even though there has been an increasing amount of academic interest around festivals and impact from a variety of disciplines, there are still many gaps within the current literature. Perhaps surprisingly, there appears to be more work on the impact of festivals within the folk and pop literature (rock, jazz, ‘world’, etc.) than from the classical / opera literature, the latter of which has traditionally been concerned with musical works and composers rather than concerts and performances. Also, there is a relative lack of literature about the impact of festivals on musicians, both in terms of the impact on how they tour but also the creative and economic impact of festivals.

We hope that the report and annotated bibliography will be useful to other people studying festivals but also to the festival community and to policymakers as a means of showing the impact of British music festivals, economically, socially and culturally at local and international levels.