Home Insider Insights What Is Happening to Us Here in China? 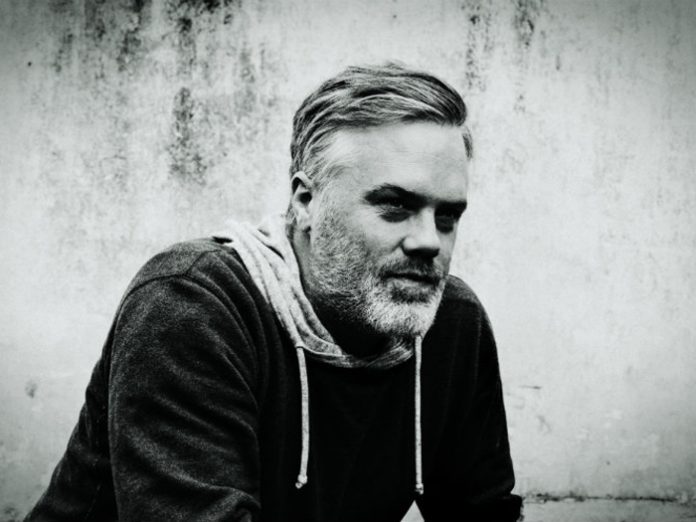 Archie Hamilton is the founder and Managing Director of Split United, a group of companies he formed in China in 2006 with his partner Nathaniel Davis. As one of the first integrated live entertainment companies in the region, Archie leads a team of almost 40 young and vital Chinese and foreign staff in wearing the hats of promoter, booking agent, festival owner, conference organiser, and brand consultancy. Split United pioneers the brand // entertainment // technology model in China, and Archie prides himself on pushing amazing bands and helping innovative brands, pulling a young Chinese population away from traditional music and state-led media towards a more honest and accessible entertainment paradigm.

In March 2016, inspired by a rash of tightening measures imposed by the CCP on media and the arts, China Music Radar writers led a discussion at WPP’s Stream Asia focusing on the question posed by the title of this article. There was a wide range of attendees, from entrepreneurs to venture capitalists, media to public policy makers. The following outlines the starting point for the discussion and the conclusions that we reached together.

The last 18 months have been tough on those of us in the cultural industries in China (and honestly, industry in general). A system of government long fond of ideological grandstanding is now armed with the power to actually act on it.

Music, theatre, film, the arts – they’re all being reclaimed, drawn back, and scrutinised in the name of ideology and party control. The moves come fast and sudden, often with little warning. They are dispiriting. Tiring. Frequently impossible to implement unless you close shop entirely.

Par for the course in doing business in China, some might say. We’ve certainly gotten used to shrugging at many of these same moves in the past. ‘Here is Xi’s China, Get Used To It’, as ChinaFile once put it. For long-term China hands, a tightening in the first year or two of a new Politburo (while the Party gets control of itself and the country) is normal. A gradual loosening generally follows as business is allowed to flow again. But in the age of Xi, we are now three years into his rule and the strictures are getting tighter. We are starting to asphyxiate.

China is a profoundly ‘performative’ society, one with a government for whom gestures often seem to count more than actual implementation. There are now teeth to the state’s bark.

So while we do need to take many of these statements and pronouncement with a grain of finest 中盐 China Salt, it is impossible to shake the sense that the tide is turning.

The piecemeal, shaky trust that businesses had built in the government’s ‘scientific management’ approach, and the equally shaky space carved out by the country’s independent artists, is now in sharp decline.

A big part of China’s success came from getting businesses to trust them in this role – the safe pair of hands if you will. The erosion and in some cases disappearance of this trust could have serious implications, as businesses stop investing in the medium to long term. As a business owner, why would you if the playing field could change altogether in a matter of minutes?

These moves could be a gloomy economic portent – the belief that as the economy contracts into an inevitable recession, the risk of social unrest will be minimised if the channels of opinion and information are under control.

It could be a combination of concern and confidence. Concern about the deluge of influences, ideas and forms flooding into China, through a generation raised on Party mistrust and curiosity in the outside world (a sharp line between what is ‘Chinese’ and what is ‘The Outside World’ is something the Party continues to believe in). The flipside is confidence, under Xi, of reverting to type – drawing ideological power from the Mao playbook.

The heavy handedness is a sign, if one more were needed, that this is a government grappling with a society that has changed beyond its understanding.

The extremity of their moves is one of profound alienation – what they don’t ‘get’ is okay to shut down. This has echoes of a hardline past, a Party choosing to smash everything in the name of an ideology, rather than trying to understand and adapt to the changing times. Overnight, TV will be devoid of ‘gays, drugs, sex’ and even ‘quarrels’ – anything that might upset the vice-less minds of the teenage Chinese is now anathema.

But China is no longer a homogenous, controlled society. How can parents and children deal with the real issues of teenage pregnancies, illicit substances or even legal ones when there is a total and utter lack of education or discussion. A refusal to admit these problems exist, and often a zero tolerance for it all.

These implications are sharper in the arts, where the state can now deploy both punitive force and flex its significant economic might to make culture stay in line.

That ability, to use economic incentives to prioritise propaganda and art in line with ‘socialist values’ makes for a potent combination, especially as the cost of living spirals upwards and the ability of businesses to be able to make enough money to survive dwindles.

It is important to highlight here that ‘China’ is not a singular entity when talking about anything other than its government. Both at the higher levels of the bureaucracy, and throughout the art and business community, there are dissenting voices and alternate opinions. It can be argued that this is merely the crest of a wave of transition, one of many in China’s recent past that has seen similar, punitive overtures.

This is also not yet an embedded view. This fantastic article highlights some of the dissenting voices from the government itself, and businessmen such as Ren Zhiqiang, journalists such as Jia Jia, and musicians such as Yan Junhave spoken out against this state of affairs.

The irony of all this is that government mandated social realism was indeed once the punk rock and underground poetry of its time. ‘A Slap in the Face of Public Taste’, as the Soviet poet Vladimir Mayakovksy infamously put it.

Now it has become cultural orthodoxy, and the punk rock and underground poetry of today are consigned to the scrap heap.

They have no place in this worldview, and that is a deep, deep tragedy.