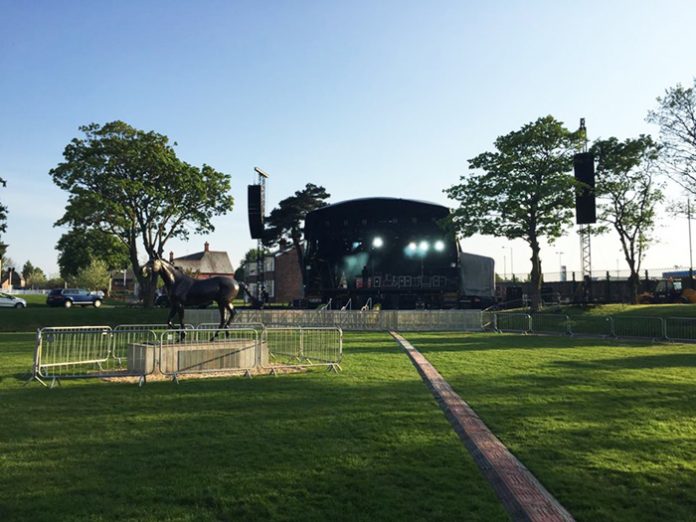 UK: Temporary power specialist Midas provided for a record number of Jockey Club Live shows this summer. In the sophomore year of a three-season contract with Symphotech, which manages production for Jockey Club Live, Midas supplied the shows with three separate kits of 220 kVA synched generators on the road.

Starting at Aintree in May, with turns from Tom Jones and Deacon Blue in a 10,000 capacity structure, Midas supplied stage and backstage power to a further 21 dates at seven racecourses across the country. Busted, Bryan Adams, Tears For Fears and Jess Glynne were among the performers, and with a significant number of the shows sold out the tour is sure to keep growing.

Midas’ Managing Director, Dave Noble, said: “Jockey Club Live is a demanding schedule with so many dates close together at different venues, but Symphotech has good contractors working together and it’s a slick, successful operation.”

Symphotech Director, Julian Spear, said: “Power is a vital part of the equation. It’s got to be right, every time, and Midas is a trusted component in the Jockey Club Live machine. It’s competitive; any minor changes aren’t a problem, which is crucial, and Dave and company keep running times to a minimum. I’m very pleased with the way all the dates have gone this year.”