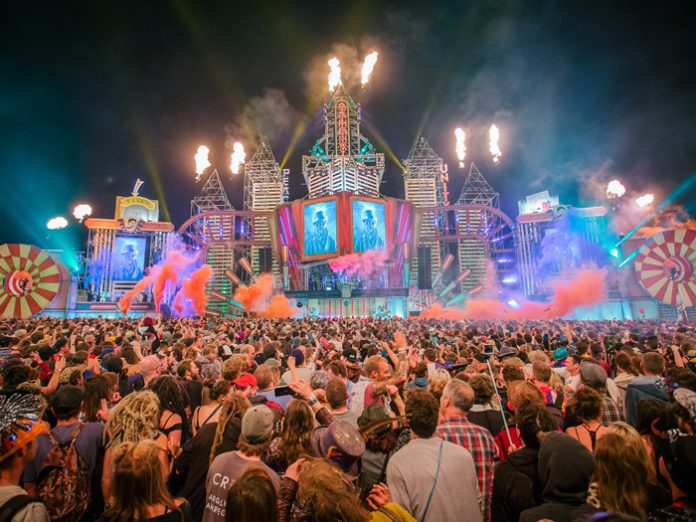 UK: This year’s edition of Hampshire’s largest festival, BoomTown Fair, raised £98,654, along with vital aid and awareness for numerous charities across the globe and closer to home. The 60,000 capacity theatrical and immersive festival also donated money to local communities, supported many local businesses and provided tickets for local residents.

Charity, education, and awareness, along with local engagement, are a large part of the ethos of BoomTown and the festival has many ways to raise money and aid including: £2 ticket donations, guest list donations, stewarding partnerships, onsite installations such as a hidden photo booth in the intricate set designs, chill out spaces where people can create their own ‘Love Specs’, a platform for awareness raising talks at the new Speakers’ Corner talks tent and locally lead salvage operations.

The new Speakers’ Corner welcomed a huge range of talks including a drug awareness message from Wendy Teasdil, the mother of Ellie Rowe; Maisie Williams discussing the growing refugee crisis and formal education; Jess Thom talking about living with Tourettes, as well as The White Ribbon Campaign launching their Safe Event Guide promoting awareness of sexual harassment and assault of women at events.

BoomTown matched guest list donations to create a substantial £10,000 to be split between the parishes bordering the festival site to invest in projects to benefit their communities. Hampshire Air Ambulance have also been gifted £7,255 through the ongoing stewarding partnership.

In the months leading up to the event the BoomTown KidzTown team held free family carnival workshops at the Discovery Centre for Winchester families alongside local charities Naomi House and Blue Apple theatre, where the children get to showcase their costumes and newly developed skills at the festivals’ Sunday KidzTown carnival.

£46,380 was raised for Oxfam through the stewarding partnership, with a further £15,000 raised through their district themed Oxfam Shop, located in Mayfair Avenue.
The multi-charity beneficiary stewarding organisation, My Cause accrued £5,165 for a range of UK based and international charities.

Lak Mitchell and Chris Rutherford, Directors of BoomTown, said: “It’s a privilege to be a position to be able to support so many charities, locally and across the globe, the dramatic increase in funds raised that we can achieve in one year alone, is astounding. We look forward to the future and raising even more money, awareness and supplies for the now vital role many of these charities are fulfilling.”

BoomTown Chapter 9: ‘Behind the Mask’ will return to the Matterley Estate in the South Downs National Park from August 10 – 13 2017.