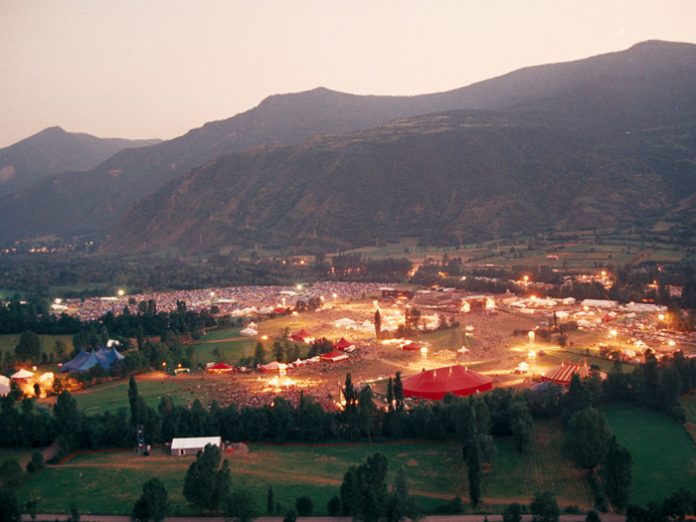 SPAIN: Neo Sala, CEO and founder of concert music promoter, Doctor Music, has announced the return of its eponymous music festival. The reincarnated event will take place from July 12 – 14 at the same location as its first three editions: Escalarre, in the Vall d’Àneu.

The announcement occurred during a presentation at the Groucho Club in London, with BBC radio host, Matt Everitt, acting as master of ceremonies.

During the presentation, the founding principles of the Doctor Music Festival 2019 were outlined: three days, four nights and ‘a lifetime of memories’. The aim of the festival, besides providing an unforgettable experience for fans, will be a lasting contribution to the sustainable development of the host region.

Located in the unspoilt Vall d’Àneu, surrounded by mountains, the valley is inhabited by bears, wood grouse, deer, bearded vultures and other wild species that have coexisted for centuries alongside the inhabitants of the small villages that live in and work the land. Environmental, economical and social sustainability are the mantras of the Doctor Music Festival.

The musical and cultural event also flies the flag for the principal of food sovereignty. All the food that will be consumed at the festival will be sourced from organic agricultural and livestock farming and will be free of agrochemicals, transgenics and any kind of toxins.

Additionally , the Doctor Music Festival will act as the international face and speaker for a Grand Project (boosted by the “Patronato de Turismo de la Diputación de Lleida”), to promote the Valle d’Àneu as a destination for ecological and sustainable tourism.

“The Doctor Music Festival is an ecological Shangri-la, an unspoilt valley providing limitless space to roam and surrounded by mountains, where we will welcome tens of thousands of lovers of peace, music and nature,” said Neo Sala, founder of the Doctor Music Festival. “The combination of the stars right above our heads, the greatest music legends and the most outstanding young talent, will create a heavenly experience.”

Even though there are still more than two years to go before the festival opens, the first big international artist has already been confirmed.

Albert Adrià, a renowned worldwide gastronomic giant, will transfer all his team from his Barcelona restaurant Tickets, to the heart of the Doctor Music Festival. For the very first time, one of the world`s greatest chefs will temporarily close his restaurant in order to completely integrate it into a musical and cultural festival that will last the whole weekend. The experience that Adrià, and the whole Tickets kitchen, will bring to the festival will be an historic event in itself.

“Myself and all my team at Tickets are really excited to close the restaurant in Barcelona for a full weekend and move it to a wonderful mountain valley,” said Adrià. “I’m looking forward to the challenge of preparing all the food using the resources available from the region of Pallars. It will undoubtedly create a unique experience.”

To reward those who attended the original editions of the Doctor Music Festival, its organisers promise to create a special offer that entitles them to a €50 discount on tickets for them and their companions, providing they can provide proof of their past patronage before April 30.