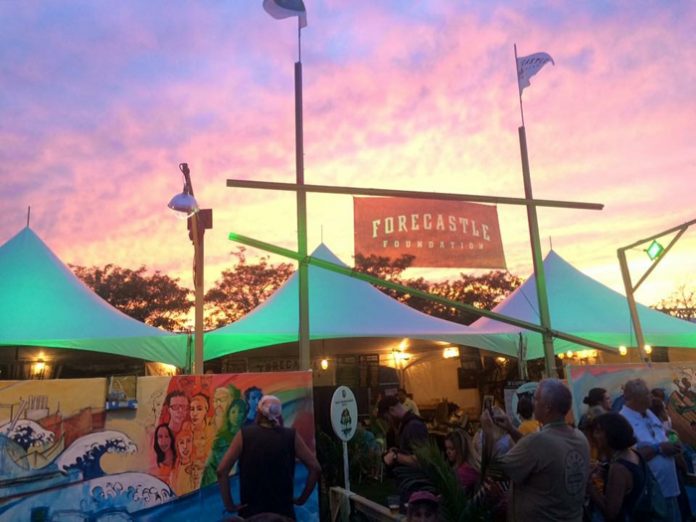 USA: The Forecastle Foundation, the nonprofit environmental activism arm of the Forecastle Festival, has marked a record fundraising effort in 2016, with $99,000 in donations to conservation projects both local and global. Supported projects include partnerships with Kentucky Natural Lands Trust, The Nature Conservancy, The Guayaki Foundation, and Friends for Conservation and Development.

Since its inception in 2010, The Forecastle Foundation has helped protect and preserve more than 136,000 acres of land and waterways, with contributions cumulatively totalling more than $250,000.

Kentucky Natural Lands Trust (KNLT) is an organisation that works to preserve the Pine Mountain Wildlife Corridor – the largest landscape level project ever undertaken in Kentucky. It’s an area home to some of the last old-growth forests left in the state that serve as a critical migratory path and refuge for hundreds of species, some of which are found nowhere else on earth.

“Pine Mountain in southeastern Kentucky is a refuge to countless species,” said Greg Abernathy, assistant director of KNLT. “The Forecastle Foundation’s donation, along with their engagement and education efforts throughout the year, are essential to the conservation movement and represent one of the largest engagement of youth in the region.”

The Guayaki Foundation has pioneered a sustainable development model that empowers local indigenous communities in Brazil, Argentina and Paraguay to regenerate and protect the Atlantic Rainforest. Ninety five percent of the Atlantic Rainforest has already been destroyed, largely due to clear cut logging for agricultural purposes.

Working with The Nature Conservancy, one of the world’s leading conservation organisations, the Forecastle Foundation supports active projects on Kentucky’s Green River, a globally important freshwater resource, Pine Mountain and the Pacific Ocean’s Coral Triangle, containing some of the world’s most important reefs and oceanic diversity.

This year, the Forecastle Foundation contributed for the first time to The Friends for Conservation and Development in Belize, an effort to protect and better manage the Chiquibul-Maya Mountains. The Chiquibul represents 7.7% of Belize’s terrestrial mass and home to globally important species such as the critically endangered Morelet’s tree frog, endangered howler monkeys, jaguars and tapirs. The Chiquibul also contains the only known breeding area for scarlet macaw parrots in Belize.

The Forecastle Foundation raises funds year round through corporate partnerships, events and the generosity of individual donors. Additionally, the foundation receives $1 from every ticket sold at the annual Forecastle Festival. This year’s event will be held July 14 – 16 at Louisville’s Waterfront Park.