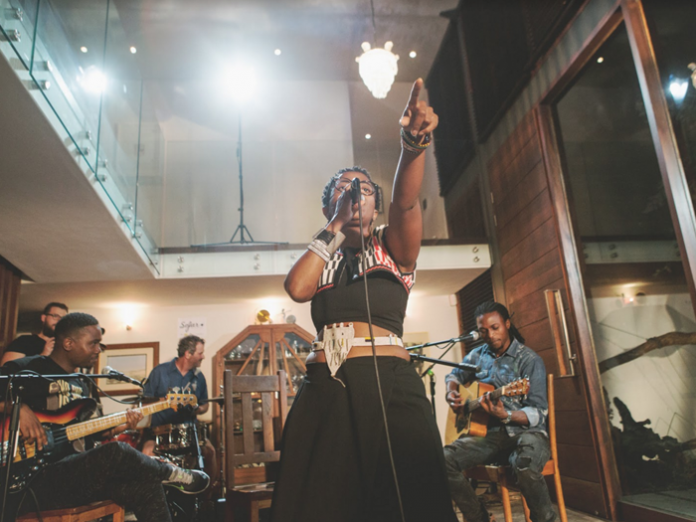 WORLDWIDE: On September 20 Amnesty International and Sofar Sounds held more than 300 concerts around the world for Give a Home, in which 1,000 artists performed intimate shows in people’s homes in support of refugee rights.

Major artists including Ed Sheeran, Emeli Sandé, Hot Chip, Jesse & Joy, Laura Mvula, Ludovico Einaudi, The National, and more featured on the line-up. Joining them were refugee bands from around the world, including the Orchestra of Syrian Musicians who performed in London, and Canadian-Somali pop duo Faarrow who played in Los Angeles.

The concerts spanned over 24 hours and 60 countries, starting with shows in New Zealand at 07:30 GMT on September 20, and ending in the early hours of September 21 with a show in Seattle, USA.

The shows were in support of Amnesty International’s I Welcome refugee campaign, which mobilises public pressure on governments to welcome refugees.

Salil Shetty, Secretary General of Amnesty International, said: “Give a Home is about celebrating what people can do and are doing in support of refugees. Where governments are building walls, deploying warships and closing doors, we are singing a different song: We welcome refugees.”