Home News TRNSMT to return in 2018 across two weekends 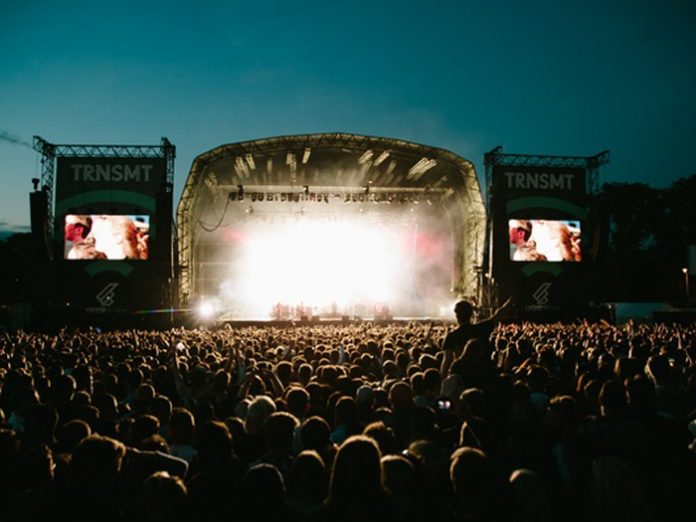 UK: TRNSMT Festival will return to Glasgow Green in 2018 and will extend its music offering across two weekends. The main festival weekend will take place over three days from June 29 – July 1, with two shows taking place the following weekend from July 6 – 8.

Glasgow city centre will provide the backdrop to TRNSMT Festival in Glasgow Green, and the brand new two-weekend experience will deliver a world-class festival line-up set to be revealed later this month.

TRNSMT’s inaugural edition had headliners Radiohead, Kasabian and Biffy Clyro entertain 120,000 revellers across its three days, and its extended 2018 outing promises to expand on what made the original so successful.

CEO of DF Concerts, Geoff Ellis, said: “After such a successful first year in 2017, we’re absolutely delighted to extend the transmissions at TRNSMT Festival into two weekends to better the experience for the amazing TRNSMT fans next year.

“We’re bringing even more of the best artists from around the world to Glasgow Green and making sure Glasgow is the place to be this summer. The event is now established at the heart of the Scottish music calendar and we are looking forward to announcing the line-up for both weekend soon, as well as the additional festival aspects TRNSMT has to offer, so stay tuned!”

“Between now and next summer, it is important that everyone involved focuses on making TRNSMT the best event it can be – and one which is supported by and benefits the local community.

“Cultural tourism is extremely important to us and a festival, held in the city’s premier events space at Glasgow Green, will play a key role in bringing people to the city from all over Scotland and further afield. That is not only good news for the thousands of people who will enjoy the event; but for hundreds of city businesses in the tourism, leisure and hospitality sectors that support thousands of jobs.”