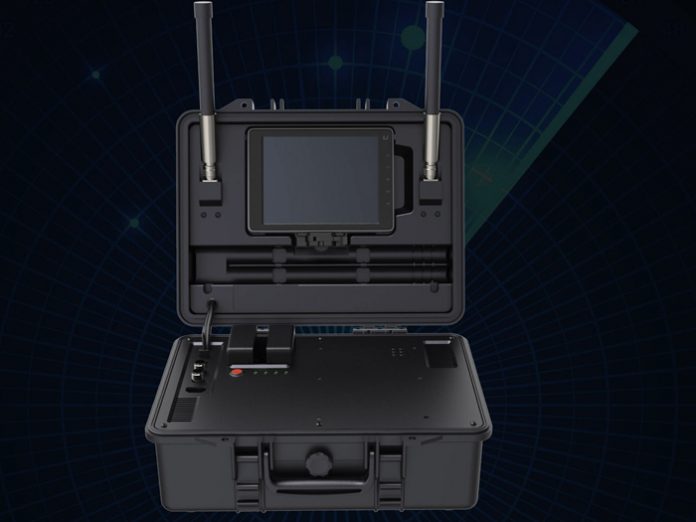 UK: COPTRZ, the commercial drone solution provider, has announced the launch of a complete turnkey drone detection solution, designed to provide protection to events from the threat of drones.

Launched in partnership with DJI and its AeroScope detection systems, the system allows an operator to track telemetry data from drones in surrounding airspace of up to 40km distance. In effect, it’s a drone license plate detection system that provides event security teams with the data required to be able to quickly and effectively protect against drone intrusion.

By intercepting the current communications link between a DJI drone and its remote controller, AeroScope is able to broadcast real-time identification information including UAV serial code, make and model, UAV position, speed, latitude and ground controller location. This allows the operator to take mitigation action against the drone threat and at the same time despatch security teams to apprehend the pilot.

This launch has been anticipated for some time after increased security concerns regarding the use of drones around areas of controlled airspace. Only last year, it was reported that there had been an 168% increase in drone and commercial aircraft near misses over a two-year period. This drastic trend is expected to increase year-on-year with the influx of commercial and hobbyist drones taking to the skies.

DJI announced plans to develop AeroScope in October and has since chosen COPTRZ as its European partner for the development, installation and maintenance of the product going forward.

Steve Coulson, Founder and Managing Director at COPTRZ, explained: “We are proud to have partnered with DJI as the European turnkey provider of AeroScope. The drone industry has grown exponentially in recent years and we are now seeing them used to great effect across nearly all vertical sectors. Despite this, an increase in drones taking to the skies has caused significant safety fears, particularly at high-profile events and festivals. COPTRZ will to continue to lead the development of the commercial drone industry, and in order to do this we need to identify between legal and illegal drone use. AeroScope does exactly that and we are looking forward to working with all major event management businesses to help significantly reduce the threat of illegal drone activity.”