Home News Vivid Sydney kicks off 10th edition in May 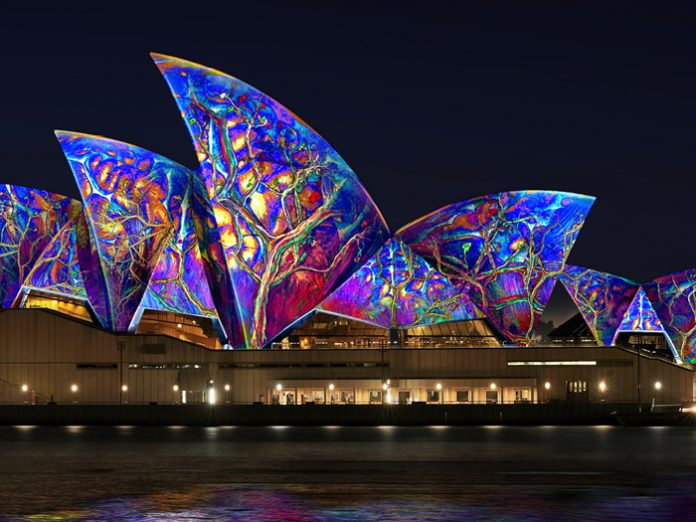 AUSTRALIA: The 10th edition of Vivid Sydney – the festival of light, music and ideas – will commence on May 25, featuring a new precinct within the eponymous city’s Luna Park, the return of the much-loved Customs House, and a fantastical blend of everyday objects and Australian-inspired motifs on the sails of the Sydney Opera House.

Australia’s Minister for Tourism and Major Events, Adam Marshall, said: “Vivid Sydney has delighted and inspired people from around Australia and the world. With the Festival now in its 10th year, visitors and locals alike can once again expect to be mesmerised by the Vivid Sydney program, with larger installations and a gripping Music and Ideas offering, so I encourage visitors to start planning their trip early to get the most out of this year’s exciting line-up.

“Over 23 nights from Friday May 25 to Saturday June 16, Vivid Sydney will paint the Harbour City in the colour and spectacle of Vivid Light, take over Sydney stages with Vivid Music’s electric performances and collaborations, and provide a global forum for thought-provoking debate and creative discussion at Vivid Ideas.”

Vivid Sydney is owned, managed and produced by the NSW Government’s tourism and major events agency, Destination NSW, and in 2017 attracted a record-breaking 2.33 million attendees to Vivid Sydney, delivering $143 million of visitor expenditure into the NSW economy.