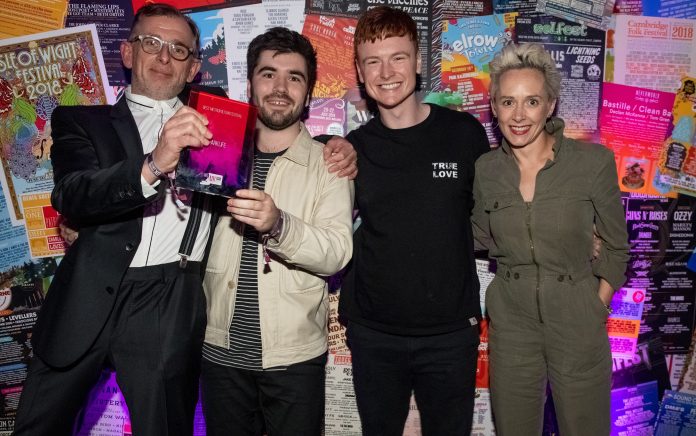 The UK Festival Awards – the leading annual industry celebration – has announced its 2018 winners.

The 15th edition of the Awards took place on December 6 at Troxy London, where the industry’s greatest gathered with the hope of taking home one of 21 prestigious accolades.

This year, the UKFA welcomed rapper, comedian and actor Doc Brown to host the ceremony. He was joined by London choir Some Voices, with renowned Manchester DJs Howling Rhythm holding down the afterparty.

The winners of the UK Festival Awards 2018 are:

Line-Up of the Year ALL POINTS EAST

Promoter of the Year BROADWICK LIVE

The Grassroots Festival Award: BARN ON THE FARM

Other winners include Coda Music Agency, who was named Agency of the Year for the second year in a row, and Sziget Festival, who won Best Overseas Festival and recently won Line-Up of the Year at the 2017 European Festival Awards in the Netherlands.

Another highlight of the night was the posthumous honouring of the late Sarah Nulty of Tramlines Festival with the Outstanding Contribution to Festivals Award. In Sarah’s honour, the UK Festival Awards will be launching the Sarah Nulty Women in Festivals Award in 2019.

UK Festival Awards Manager Michael Baker, commented: “The UK Festival Awards team would like to extend a huge congratulations to each of our winners and nominees, as well as a thank you to all of those who participated, sponsored, attended, judged, and otherwise supported the event this year. Our 15th edition was another amazing night of revelry and recognition for the festival industry, and we look forward to hosting everyone again next year.”

Since its inception in 2004, the UK Festival Awards has been dedicated to recognising and celebrating the collective accomplishments of the nation’s most beloved industry. Across its 21 categories, the Awards acknowledges the achievements of organisers and suppliers in the fields of programming, production, innovation, emerging talent, marketing, hospitality, catering and more.

In 2017, food and drink business consultancy CGA acquired the UK Festival Awards. From its offices in Manchester, United Kingdom, and Chicago, United States, CGA experts work with many of the world’s biggest consumer brands, including drinks manufacturers, consumer brand owners, food suppliers and wholesalers as well as pub, bar and restaurant retailers, festivals and government entities.