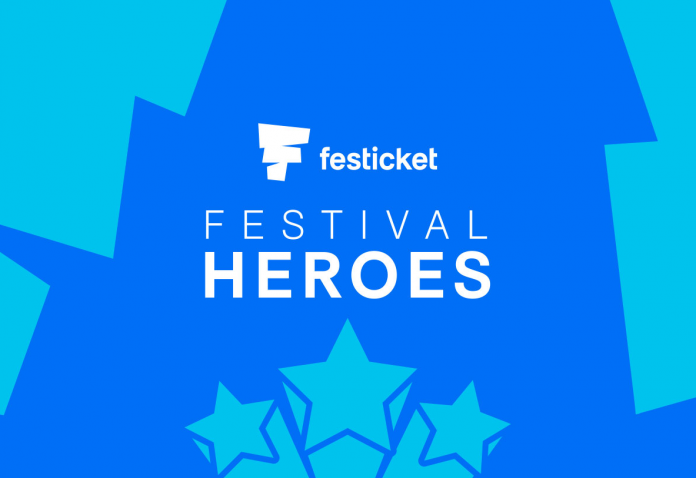 UK: Festicket has compiled a list of its 2019 ‘festival heroes’ – the artists that have appeared at the most festivals in the past year.

Belgian DJ and producer Lost Frequencies topped the Festival Heroes list for 2019 as he performed at 49 festivals worldwide, with his 2019 festival tour spanning 21 countries and three continents.

The 1975 were the biggest festival performers when it came to non-electronic artists. The British indie quartet played at 44 festivals (that’s one every eight days), and travelled to 30 countries along the way, including sets at Reading & Leeds, Governor’s Ball, Mad Cool Festival and Japan’s Summer Sonic.

2019 also saw the continued trajectory of Charlotte de Witte as the techno DJ and producer has quickly become one of the scene’s most in-demand artists. She played at 39 festivals in 2019, including a set on the Tomorrowland main stage.

Last year marked a turning point in Lizzo’s career as the US singer gained mainstream recognition following the release of her third album that featured hits such as ‘Juice’ and ‘Truth Hurts’. She went on to perform at 29 festivals in 2019, including a first appearance at Coachella.

Festicket used its internal database of over 1,200 festivals to compile the report.

Festicket co-founder Zack Sabban said: “As more and more people invest in going to music festivals (whether that’s at home or abroad), we’ve seen them become an even greater source of income for artists. But it isn’t all about the upfront money. Festivals provide artists with a valuable platform to showcase themselves to potential fans who may then go on to buy a record or see them at their own headline shows. It’s therefore little wonder the artists in this report went above and beyond to hit up every festival stage they could in 2019.”

Moreover, Festicket has also just released its new artist emails feature, giving festival fans a direct notification when their favourite artists have been added to a festival’s line-up.

Music fans can link up their Spotify account to Festicket to extract their favourite artists, as well as manually being able to follow individual artists.