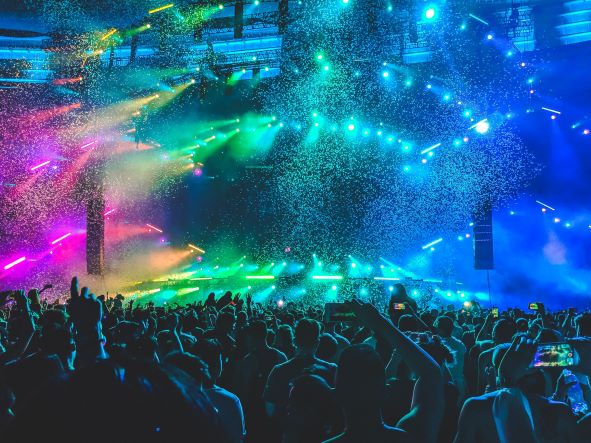 DF Concerts’ Colourboxx have today announced the line-up for their debut edition that will transform the leafy surroundings of Bellahouston Park into a kaleidoscope of music, performance art and togetherness. Pop icons will be joining some of the best DJs, cabaret performances and unmissable drag acts in Glasgow next summer across several stages and performances areas. This is much more than just a music festival.

Platinum-selling Years & Years, fronted by Olly Alexander and now standing solo, will headline, bringing his critically acclaimed live performance to the city for the first time since 2019 at The Hydro, Glasgow. The news follows the announcement of Night Call and a sensational duet with Kylie Minogue, Years & Years’ third LP is set for release in January 2022.

The chart dominating Becky Hill, who recently released her debut album Only Honest on the Weekend will be joining him, alongside breakout Glaswegian soul-pop hero Joesef.

The House of Sublime, your one stop shop for all things fabulous, will make their Scottish debut. As previously seen at Wilderness Festival, prepare to enter a world of the unexpected and strut your stuff, dance til you drop and find your fierce.

Shoot Your Shot, Glasgow’s number one inclusive and alternative queer party will feature along with Pretty Ugly one of the city’s longest-running and much loved alternative club nights; Obsession whose parties are laden with deep cuts, iconic remixes, the latest bangers and forgotten tracks for serious connoisseurs of disco, pop & electro, and Glasgow based club night Push It playing nothing but RnB, hip-hop and pop by female artists.

To top what is set to be an unforgettable celebration of love and unity, Colourboxx will also boast some of the tastiest food and most extravagant cocktails Scotland has to offer.  As well as this smorgasbord of entertainment and refreshments, there will also be plenty of relaxation areas where the dancing shoes can be taken off for some chilled time.

DF Concerts firmly believe that everyone deserves to have the freedom and space to be their authentic selves, and will be operating a zero tolerance policy towards racism, homophobia, transphobia, sexism, and all forms of discrimination.