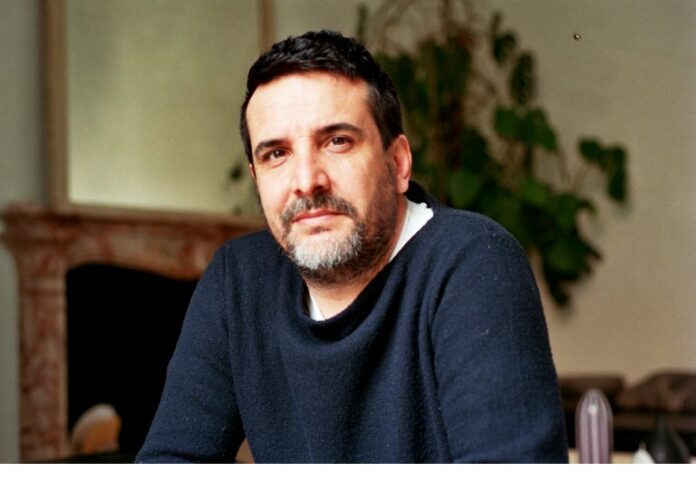 Dino Lupelli has been working in the music industry since 1990, now general director of Music Innovation Hub, the first social enterprise in Italy dedicated to the music ecosystem. From their headquarters in Milan’s hybrid center for culture and creativity BASE, Dino and his team promote training, incubation, acceleration and international networking programs such as Music Tech Europe, CreativeShift, and JUMP, as well as forward thinking annual music conference and festival Linecheck.  Since 2015 he has been a founding member of Italian Music Festivals, the national association for the international promotion of Italian festivals, partner and consultant of Assomusica, the main association of Italian music promoters and partner of Artlab, an independent Italian platform dedicated to innovation within the cultural industries.

Establishing itself as one of Europe’s best new economy conferences, Linecheck acts as a catalyst for change in the music industry, and has become the ultimate meeting place between professionals and enthusiasts of the music sector, an incubator for dialogues between music, creative, technology and cultural industries, bridging the gaps between Italy, other European countries, the UK and the rest of the world. Offering three packed days, with a program that showcases international diversity across 60 events, including panels and workshops during the day, with over 250 industry speakers and a genre-blurring mix of over 30 artists from different countries showcased during the night. We caught up with Dino and had a few questions:

What makes Linecheck different from other music conferences?

“Linecheck is not your standard music industry conference and festival, we tend to focus on music ecosystems, researching and analysing the complexity of artistic, business and community activities that are generated by the traditional music industry.  From new legislation to new business approaches, we explore new business models and identify new opportunities for expansion. Linecheck is also a great training opportunity for music industry professionals, as well as a pool of new business for anyone looking to meet like-minded experts in the field. Linecheck’s International and European focus is also very important and the main key to the success of the music industry’s supply chain.”

Is there no possibility of growth outside a global dimension?

“Any internal market, even the Italian one which is quite developed, needs to export. This can be done only if you are able to import and export by establishing international relations. Musically, Italy has always been a rather self-sufficient country. With Linecheck we wanted to create a meeting platform for music industry experts that gives the opportunity to better understand how other markets work and establish connections between them. All this within a format which gives a lot of learning tools and opportunities to connect.”

How does Linecheck’s format differ from other music conferences?

“There are more than 60 panels, covering all the current topics and sectors within the music ecosystem. (READ THE COMPLETE PROGRAM HERE). This year particular focus will be given to Music Tech and Innovation. If we look at the big players moving the music industry’s economy, alongside more traditional business models rotating around copyright and publishing, recording and the live industry, there are many new realities that use technology as their business model. The most well known cases are streaming platforms like Spotify and Apple Music, as well as emerging social media networks like TikTok and Twitch. What is often overlooked is that alongside these big companies there are smaller companies that provide services to them and to the more traditional industry.

Digitalization has brought radical changes to the music industry. From a supply chain management standpoint, digitalization removed raw materials, such as CDs and LPs, and transformed traditional distribution channels to online thus making substantial cost savings. It also increased the number of suppliers, songwriters and artists by offering easy access to the market with digital audition programs. This year a big focus across our panels will be on dissecting and understanding what is behind the present and future of this innovative music tech movement; from blockchain, artificial intelligence, spatialized audio, VR performances and live streaming, we will look at everything that is transforming the traditional music experience towards a virtual and cross-reality one. There are tech developers working together with music creatives, it is no longer just about the technology; Linecheck music tech and innovation panels will focus on analysing and defining how we want to experience music and art in the real world with these new technologies and how we can design music and art experiences that are meaningful and can enrich humanity and connect music and art fans globally, which opens another topic Linecheck will explore, territorial borders and Europeanisation, as well as cross-sectoriality, proposing innovation as a way to overcome territorial, mental and technological boundaries.”

Is Linecheck more of a snapshot of the current music ecosystem or of a glimpse into how the future could look like?

“Linecheck is a conference with a very forward thinking format, constantly looking at future business, trends and creative models. It doesn’t make sense to talk about the future without dissecting the present and finding solutions to the current issues faced by the industry.”

Can you tell us more about the live events within Linecheck?

“Live events are still the heart of the industry. Linecheck focuses on new artists who are already part of the music industry, but who have just started their professional career or who do not yet have international recognition. We bring them to the attention of music experts and music lovers. Linecheck is also part of the global Keychange network, a movement for gender equality in the music industry, funded by Creative Europe, which aims to fully reconstruct the music industry to support women and gender minorities, to which Linecheck adheres across both the conference and live events with the goal of a gender balanced line-up.”

How do you work with partners?

“This year we will have two big innovations. One linked to the exhibit area, a space where industry experts can meet startups (especially music tech ones) and market innovators, companies that could become the big players of tomorrow, alongside companies that are already established, or brands rooted in the music market such as Yamaha and Pioneer, who have a constant approach to innovation. This year in particular we have a new partner linked to the live events, Ticketmaster, who is helping us to take Linecheck internationally through showcases in 6 different cities across Europe, which will be screened in real time from their respective venues to BASE in Milan so that whoever is attending the festival in Milan can experience the live shows happening at the same time across these European cities and the people who cannot travel to the festival in Milan can enjoy the Linecheck curated line up attending the show in their own city.  It’s a concrete plan on the need to review the  live music format, also in terms of sustainability and impact on the environment.”

Do you think the pandemic has stopped live music from working on formats that will help the impact on the environment? At least in Italy they had to face more stringent problems, the lockdown, jobs losses and a very slow re-opening.

“It has certainly been two difficult years for the live sector, which has had to seek a unified front. One of the issues at the center of this evolution is related to technology. It was evident that, by stopping the live sector, the current model of the music business does not make it possible for the artists to survive. There is also an important topic, which is the value that is given to music. We all listen to a lot of music, on different channels and platforms, but we are very unwilling to reach for our wallet and recognize its value. That was the main theme of last year’s Linecheck. A topic that is still relevant; music represents one of the industries that makes the economy grow, but on the condition that it recognises its own value.”

Can you tell us more about year’s theme; #Reverse?

”The issue we are currently facing is “How do we re-start the music economy?” We need to ask ourselves this question, especially after having gone through such a complicated period. Our way of looking at the music industry in this edition of Linecheck is from the point of view of the music creators rather than those who exploit it – the value of music as a key concept for the growth of the overall industry. Reverse will resonate across the music meetings, imposing a change of perspective, disruption and transformation of the ever-evolving business of music.”

What does the music industry need in the near future?

”A necessary, albeit complex thing would be to create a model that can feed, through the revenues of those who are above, everything that comes from below. In the UK, many small clubs and venues have closed, a bottom-up supply chain is dying, which has been key to the growth of new and smaller artists and their audience. Big promoters began to set aside resources to finance these clubs, known as “grassroots clubs”. But, a systemic vision would be needed to implement such a process. Furthermore, the challenge of technology is now central – in Italy, we have no players in this direction, we are still weak. We must imagine our supply chain from a perspective of economic development and not as a cultural heritage to be preserved… an industry to grow and generate a sufficiently high flow of resources to guarantee work and the possibility of attracting the best workers.”