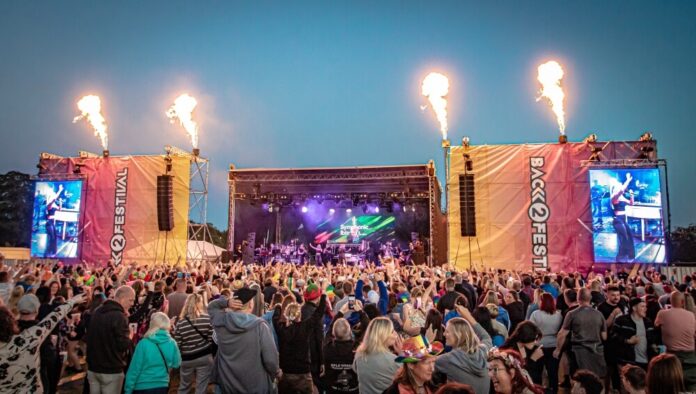 The James Dean Events organised Back 2 Festival offers a trip down memory lane at Catton Park, Derbyshire, welcoming a plethora of back-to-the-noughties talent as well as a huge roster of dance music legends from the ‘80s, ‘90s and ‘00s. Heading up the Dance Tent across the four day festival will be DJ and record producer JFK; Swedish DJ of ‘Now You’re Gone’ fame, Basshunter, German dance hit machine, Sash!, Liverpudlian electronic music group, Ultrabeat, and garage icons Artful Dodger, Oxide & Neutrino and Sweet Female Attitude amongst many more. Between them, this conglomeration of acts have helped create some of the world’s most iconic dance anthems.

Plastik Ibiza has also been added to the mega lineup. Delivering an unrivalled VIP experience, it will bring a touch of Ibiza’s number one party spot, San Antonio, to the festival. Plastik has always been the meeting place for celebrities and clubbers who prefer a more glamorous place to dance, and attendees will be able to channel this vibe at Catton Park.

Ne additions for 2022 include a Back 2 Festival VIP section plus alternative entertainment in the form of zorb balls, performances from the Enchanted Players Theatre Company and all the way from Louisville, Kentucky, the former WWE champion Al Snow alongside his wrestling academy Slam Wrestling.

Main stage headliners across the four-day event include Steps, UB40, Cascada and Aqua. With nine UK Number 1s and over 145 weeks spent in the UK Top 10 between them. James Dean have created a line up that they believe to be truly diverse and inclusive.