The Green Events and Innovations Conference (GEI 15), the foremost conference for sustainable events is delighted to announce the first speakers for the 15th edition, which will take place on 28th February 2023 at the Royal Lancaster Hotel in London.

As the World Cup is underway and under fire for questionable carbon neutral claims, in addition to human rights abuses, GEI assemble leading voices to delve into the challenges of delivering green global events, venue construction and operational impacts, genuine carbon removals vs misleading offsets, impactful truthful communications vs greenwashing, and the power and responsibility of using high profiles for positive change.

GEI welcomes Dale Vince, founder of the world’s first green electricity company Ecotricity, and chairman of the world’s greenest football club according to the UN and FIFA, Forest Green Rovers. Major event organiser Rosanna Machado shares the social and environmental ambitions and achievements of HM the Queen’s Platinum Jubilee Pageant. Mark Stevenson of CUR8 deep dives into credible and durable carbon removals and the pitfalls of offset claims that lack credibility and efficacy and award winning creative Zed Anwar who will speak about the importance of creative communication in communicating about climate issues and his campaign concept for WWF about brands becoming extinct.

Food is one of the top 3 impacts to our emissions and biodiversity loss globally. Andy Cato, regenerative farmer, cofounder of Wildfarmed and one half of the electronic music band Groove Armada gives insight into transforming our agricultural practices to support biodiversity and store carbon. Dale Vince, by nature, demonstrates success in challenging the status quo with the transformation of Forest Green Rovers to the world’s first Vegan football club.”

This stellar line-up of speakers will be bringing their passion, expertise, and insight to GEI15 with more speakers to be announced soon. 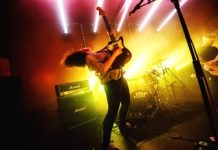