Home News Midas on the ball at Bestival 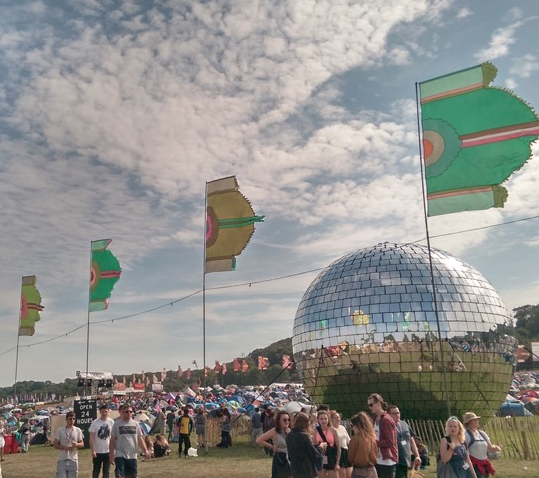 Situated at the top of the route into the festival arena, and visible from all the main campsites, Midas inflated Newsubstance’s mirror tile-covered PVC bladder to 10.33m, 35cm bigger than the previous disco ball record holder, and kept it at size via a bespoke pressure management system.

Andy Dann, Operations Director at Midas, said: “The Guinness World Record was a fantastic achievement for Bestival and it was a pleasure to keep the ball in shape and to bring Green D+ to the event for the first time.”