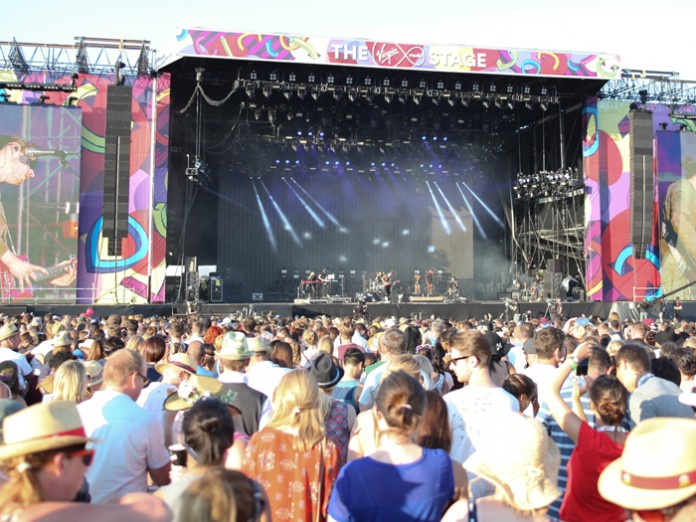 Mojo Barriers is the original international supplier of aluminium stage barrier systems, providing an extensive range of products and services to live events including festivals, tours, corporate events, sporting and cultural occasions. Amongst its festival roster are major international festivals such as Roskilde, BoomTown Fair, V Festival and Zurich OpenAir.

Festival Insights spoke with Kevin Thorborn and Alex Borger of Mojo Barriers, about its success stories of 2015 and plans for the imminent new year.

Festival Insights: Mojo Barriers seems to have enjoyed an incredibly busy summer, supplying both V Festival sites, BoomTown Fair, Zurich OpenAir and Roskilde. Which other festivals has Mojo worked with, and did any of them require Mojo to deploy any particularly innovative solutions?

Kevin Thorborn: This year saw Mojo Barriers celebrate 25 years in rock’n’toll, over the years retaining an increasing number of clients, working with each festival to create a safe environment for their particular audience and to suit that year’s line-up. This summer saw a very busy festival season for Mojo Barriers, whose name has become synonymous with safety barriers, with notable successes including the UK’s famous Glastonbury Festival and Glastonbudget, Budapest’s Sziget Festival, Atlanta’s Shaky Knees Festival, HELLFEST OpenAir in France, Barcelona’s Primavera Sound, Belgium’s Rock Werchter, Lowlands Festival in the Netherlands, London’s Found Festival and 51st State, as well as V Festival South.

Mojo Barriers works with every festival organiser and the venue itself to ensure that the barrier layout is tailored specifically to the needs of that event – there is no ‘one size fits all’ approach that is deployed.

Reading Festival required a unique set-up with tertiary barriers installed to provide multiple access points to the audience, and a distinctive central curve in order to safely manage crowd surges towards front of stage.

FI: Mojo Barriers supplied BoomTown Fair with 450 metres of stage barrier, 200 metres of bar barrier, and 13 line-up gates across the whole festival site. Due to its rather unconventional layout and approach, how did Mojo respond to its unique demands?

KT: We were excited to work alongside BoomTown Fair, which is widely renowned for its unique character and original thinking within the independent festival scene. This particular festival moves away for the traditional five or six stage set-up, but instead opts for a temporary town setting which generates its own crowd dynamics – we worked very closely with the organisers to identify ‘hotspots’ to ensure festivalgoers were kept safe, deploying crowd barriers where densities were at their highest.

This year the festival boasted an increased capacity to 45,000, which led organisers to extend and relocate the famous Lion’s Den Stage into a natural bowled arena, which offered extra space. This natural bowl did create some challenges when installing the barrier due to the unusual basin the stage was sat within, however Mojo Barriers worked closely with organisers to design a barrier configuration that worked in this unique topography.

Mojo offered a full service to the BoomTown production team – working closely with them to advise on the barrier configuration and the curve across the front of stage. The steep slopes coming into the stage meant looking at the position of the stage and the angles of the barrier line to reduce any pinch points. Mojo has years of experience and hundreds of festivals under its belt and was happy to share that knowledge with the client to create the safest possible set up.

Mojo looked very carefully at the shape of the barrier and was particularly attentive to ensure the installation was completed carefully to give a stable stage barrier across the slopes.

Set in its own unique, fantasy festival town, Boomtown boasted nine different districts with winding streets and a host of bespoke entertainment venues, including a casino, hotel, hairdressers and roller disco. BoomTown Fair is now in its 7th year and this year saw performances from Mungos Hi-fi, John Butler Trio, Dreadzone and a host of other artists across 22 stages.

FI: Roskilde Festival’s long-running partnership with Mojo Barriers is a well documented one. The festival’s understandably preternatural commitment to healthy & safety led to working with Mojo Barriers on its pioneering pen and traffic light system over a decade ago. Could you walk us through exactly what this involves, and whether the system evolved at all for this year’s event?

Alex Borger: Stage barriers play a pivotal role in the infrastructure of festivals and events and we’ve seen a shifting of attitudes in recent years with organisers putting increased emphasis on choosing the right barrier for their needs. Although the premise of these barriers has remained the same, the actual science behind them is seeing a change, with a switch from steel to aluminium in 1998. However, there is no ‘one size fits all’ with safety barriers and in order for them to work correctly in providing maximum safety, your supplier should be part of your safety team from the very beginning.

Together with Roskilde, Mojo Barriers help design a barrier system which divides the audience into pens, an idea that was launched in 2001 and which has developed into today’s ‘four pen’ design. The design contributed to the improvement of crowd safety, helping to prevent large crowd surges and control the numbers of people in front the stage areas. In addition, audiences have to queue separately for each main stage act and leave the pens via line-up gates once the act has finishes, which helps to control the audience flow from the main live arena.

Roskilde General Manager Henrik Bondo Nielsen said: “This way, we have easy access to the audience, keep crowd density and a sensible level and each pen can be individually evacuated.”

FI: Along with Starticket, Mojo deployed 20 of its new Gatekeeper access control barriers to Zurich OpenAir this year. How well did it work? And is this collaboration with Starticket an exclusive one?

The Starticket software was controlled by a central computer, with their sensors integrated into Mojo’s Gatekeepers.

This was the first time we worked together with Starticket. They built the interface, which was incorporated into our Gatekeeper turnstile system in just four weeks. We delivered a unit to their development team in Salzburg, Austria to test all software / hardware compatibilities in advance and they integrated both systems together in a very small time frame.

The teams of Starticket and Mojo Barriers worked very well together onsite and the scanning went smoothly to get the audience in effectively. Gatekeeper was designed to work with multiple ticketing platforms and this was a great example of the system’s versatility to be integrated with any software.

FI: Are Mojo Barriers working on any other festival-related products that we should know about?

KT: Our research and development team are currently looking at options of innovating products to fit the evolving needs of festival organisers.

FI: Do you think the majority of festivals are doing enough in terms of barriers and crowd safety, or is there still room for improvement?

AB: Stage barriers play a pivotal role in the infrastructure of festivals and events and we’ve seen a shifting of attitudes in recent years with organisers putting increased emphasis on choosing the right barrier for their needs. Although the premise of these barriers has remained the same, the actual science behind them is seeing a change, with a switch from steel to aluminium in 1998. However, there is no ‘one size fits all’ with safety barriers and in order for them to work correctly in providing maximum safety.

When designing the layout of barriers at an event every single aspect must be taken into consideration. This includes the capacity, audience demographic, music genre, performance schedule, the culture and the ground type. This is something we’re really passionate about at Mojo Barriers and as a result, we regularly collaborate with top professionals working within licensing, crowd management and health and safety.

Picking the correct barriers for your festival should be given the same importance as choosing your security, operatives and event stewards etc, and we know that with so many different types of barriers and suppliers, choosing the right ones for your event can be tricky. However, you must ensure that your crowd control is incorporated into your entire safety strategy from the beginning of the planning process.

Barriers are more than simply a commodity. The design and science on how and where to use them is very important to ensure safety.