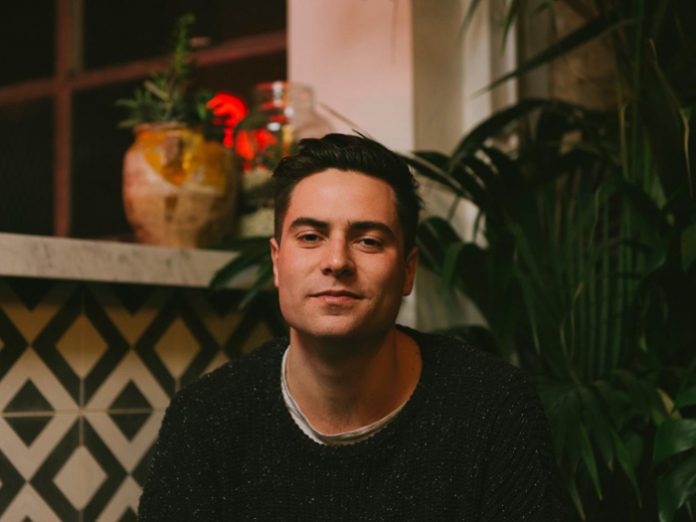 Fred Letts founded Percolate in 2012 with a group of his best friends. He ran the club nights on the side of his advertising job until 2014, when he left to pursue a career in throwing parties on a full-time basis. Percolate now boasts a fully-fledged team of seven dedicated music fanatics, plus a long-suffering accountant (who is also a music fanatic).

When I founded Percolate in 2012 I never imagined that five years later we would be planning our first festival-scale event under the same banner. I always had a vision to expand it; I just didn’t know where that would eventually be at the time.

That for me is the most important part when creating a concept: having a purpose, a reason for it to exist. In the early days this is what our friends and early supporters bought into. I think everyone knew that we wanted to take the parties somewhere and we took risks to repay that faith.

Our concept isn’t particularly original or unique; we just wanted to throw the best parties possible for our friends. Anyone else that came to share in the experience was an added bonus and in five years with over 70 shows across 10 cities and numerous festivals appearances nothing has changed about that mentality. It’s because of that I believe that we have built such an incredible crowd of regular attendees who trust us to deliver them something made with love, care, and attention every time they spend their hard earned money on a ticket to one of our parties.

That’s not to say every show is vintage though, sometimes you have to take the rough with the smooth in this game, which I’ll expand on later.

Our first ever event was more of a pilot than a fully-fledged show. We hired a tiny basement in Soho, put some DJs on and crossed our fingers that people would buy the tickets. The risk was very minimal but it was still a terrifying experience putting ourselves out there so publicly not knowing if we would lose our money and have DJs playing to an empty room.

Luckily the tickets sold, mainly through our personal networks, and people enjoyed the party. The lessons that we learned from that first event were really what shaped Percolate moving forward and for me it was the second event that really cemented the party.

I had been out a lot around East London, going to so called ‘off location parties’ by promoters using TENs (Temporary Event Notices) hosting events in raw, unlicensed venues. They always had a great atmosphere because the promoters were in control of all aspects of the event. At the time it was a bit of a licensing grey area but the local authorities tightened up how they managed these in subsequent years. Still to this day however the TEN is one of London clubbing’s greatest assets.

It was really important for us to get the second party right and so after a lot of knocking on doors we found a studio in Brixton that was run by two open-minded operators who would let us run the party the way we wanted. For the next year after that we made the space our own, throwing eight parties in the space of a year.

In my opinion a party is only as good as the location that it’s hosted in, so finding venue operators who buy into your concept and who are willing to give you the environment to develop your ideas is so important. We owe so much to the people behind Simulacra Studio, Shapes, and Oval Space for working with us over the years to grow Percolate.

I’ve only briefly touched on one of the key things that nearly all club brands focus on if they want to expand, the programming. Booking DJs is a minefield – I can testify first hand. Luckily after the first year I started working with my current business partner Simon, whose appetite to excel in that aspect of the industry outweighed mine. That’s not to say I’m not heavily involved in the musical program; it is a crucial part of what we do, but it’s Simons job to traverse the intense and often highly political world of booking DJ talent. Having someone on-board who is willing to fight this battle to make sure you have the best artists playing at your parties is an absolute must for expansion, no matter what genre you are pushing.

The final point to discuss on expansion is making and learning from mistakes. I mentioned earlier taking the rough with the smooth, and being strong enough to pick yourself back up after a show that doesn’t go so well. Whether that’s through underselling on capacity, issues with the venue, the artists, or something totally unforeseeable.

When things don’t go your way you can feel like the smallest person in the world, but the important thing is to learn when and how things can go wrong so you can identify issues that develop early on and cut them out. Customer feedback can feel very personal and downright unfair at times, especially on social media, but it’s important to take on all of this as objectively as possible and not default to making excuses.

There’s no guidebook to any of this, especially when we’re talking about the scale that we are at now. I suppose the real reason why we now feel confident to take it to the festival scale is that we’ve always kept pushing ourselves. Last year we were booked in to host our annual Halloween party at Studio 338 but due to the tragic fire there we were forced to look elsewhere. The only venue that was similar capacity was Great Suffolk Street Warehouse, a car park just off the South Bank. Financially and operationally it was a different league to anything that we had ever done before but we decided that this was our chance to prove ourselves at the next level.

Great Suffolk Street was the first time since the early days that we were responsible for every aspect of the production, the whole infrastructure, a total blank canvas. It was the most creatively liberating experience of my career to date, hosting a party for 2500 people that was totally and utterly our vision at the peak end of underground clubbing capacities on one of the biggest dates of the year. It was a massive risk looking back but one that paid off.

Off the back of that party we felt we had proved to ourselves that we had the experience and the team to promote and produce events of this scale and having already had our eyes on a site we decided to pool all our experience once again and take on our own festival-scale event.

At the time of writing we are still a month out from Percolate Open Air and despite being the most complex thing we’ve ever done, we’re confident we’re going to deliver something befitting of what our customers have come to expect from us over the years.