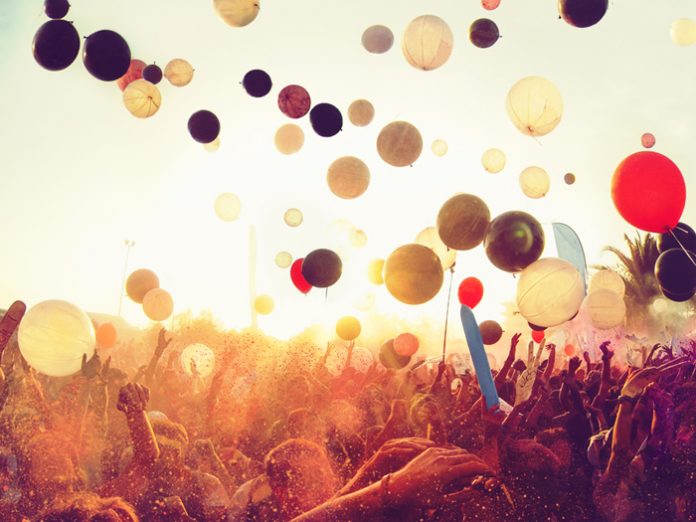 Founded by Jon Drape of Broadwick Live, Festival Safe is a website that acts as a centralised hub for all manner of generally applicable festival safety information. It’s one of those concepts that seems incredibly obvious now that is has already come to fruition, but it wasn’t until last week that something of its kind existed.

Featuring concise advice on everything from fire safety to appropriate footwear, the site aims to reduce harm and properly prepare festivalgoers to have the ‘best possible time’. Despite Global’s involvement as the initiative’s development partner, it is intended as a cross-industry resource and has already received enthusiastic support from a number of different festivals.

Insights spoke with Drape about the inspiration behind Festival Safe, its approach to communication, and more.

Festival Insights: So tell us about what led to the launch of Festival Safe.

Jon Drape: Festival Safe is something I’ve been thinking about for some time. It really came to head whilst looking back at the incident reports from last year’s festival season. I’m in quite a fortunate position in that I’m involved in a large portfolio of festivals, so I was able to examine the commonalities between issues different festivals were facing.

I’ve also had the benefit of speaking to many festivalgoers and their parents following the end of the 2017 festival season. A message that kept coming back was that there should be a go-to place for first time festivalgoers to find out useful information – whether it’s on high-risk subjects like drugs & alcohol to more simple things like what sort of tent to bring. While every festival has valuable information on their website – whether it’s to do with fire safety, security policies or whatever else – it’s not all easy to find or in the same location.

Our industry prides itself on its commitment to safety. The wider industry spends tens of millions of pounds each year to protect its customers, whether that be on policing, welfare, security, stewards, or medical and child protection services – yet there are still avoidable incidents taking place.

I was thinking about all of the above when I was speaking at a conference in Berlin in November. It was there that I met an organisation that works with the Dutch government on a harm reduction service called Celebrate Safe. That gave me the idea to introduce a similar cross-industry initiative in the UK.

FI: It’s surprising that no one thought of this sooner.

JD: I agree. The thing is, organisers want to get people excited for their festival, not be constantly issuing warnings about fire safety or reminding them to pack condoms. What’s easier is for them to signpost festivalgoers to a single resource that answers a lot of assorted questions. The great thing is that despite being a competitive industry, everyone so far has bought into the idea.

Originally I conceived this as a bit of a personal initiative, but fortunately Global decided they really wanted to get involved. They’re our development partner but we’re clear that Festival Safe isn’t just for our shows, it’s for everybody. Festival Republic, the AIF and a number of other organisations have expressed enthusiasm for it. We have a bunch of assets on the website for festivals to use, such as safety messages to display on screens. All you need is a password to get those.

It’s not just festivals either; we’ve engaged with a lot of different agencies to help us refine the content on the website. We spoke to police forces, welfare and accessibility organisations, harm reduction agencies and more. Their support has been incredible.

FI: I imagine the degree to which a campaign like this succeeds is dependent on the quality of its messaging. How have you ensured that Festival Safe communicates effectively to its key audiences?

JD: Well the website is aimed at three types of people. The first are the ones who are going to a festival for the first time. The second are the parents of festival first timers, who won’t be attending the event themselves but want to be more aware of what festivals involve and how to help their children prepare. The final group are those who have young kids and want to take them to their first festival. They might be seasoned festivalgoers themselves but could use some additional guidance about how to protect their children at an event.

What the website consists of is straightforward information and advice. We’ve taken it out to focus groups so we’re confident that the language and level of detail is right; it’s certainly not War and Peace. There are links on each section of the website so that readers can find more detailed information. It’s not designed to overburden people; it’s more about simple do’s and don’ts. Of course every festival has its own policies around health & safety, so we encourage people to read those too.